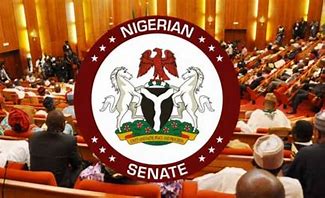 The Senate has granted approval for fresh loan requests of $8.3 billion and €490 million requested by President Muhammadu Buhari.

Buhari’s loan request was granted following the presentation of a report by the Chairman of the Committee on Local and Foreign Debts, Clifford Ordia, during the plenary session on Thursday.

The loans are provided for under the 2018-2020 external borrowing plan of the federal government.

Buhari had transmitted the request to the Senate in May alongside the $6 billion loan that has been approved by the lawmakers.

Buhari stated that the loans will be used for the financing of projects across the six geo-political zones of the country.

“The listed projects form part of the 2018-2020 External Borrowing Plan covered both the Federal and States Governments’ Projects and are geared towards the realization of the Nigerian Economic Sustainability Plan that cut across key sectors such as Infrastructure, Health, Agriculture and Food Security, Energy, Education, and Human Capital Development and COVID 19 Response efforts,” the president said in a letter.

“Given the importance attached, to the timely delivery of the projects listed in the proposed Borrowing Plan and the benefits both the Federal and States Governments stand to gain from the implementation of same, I hereby wish to request for the kind consideration and concurrent approval of the Senate for the 2018-2020 Federal Government External Borrowing (Rolling) Plan to enable the projects to become effective.”

Activists are fighting for a renewable future in Sub-Saharan Africa. Chinese coal projects threaten to dirty those plans