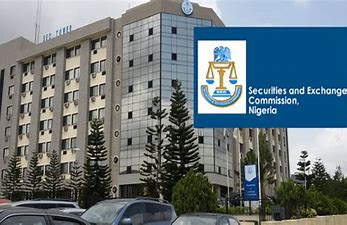 The Securities and Exchange Commission has said it is considering reducing its workforce to cut costs as revenue dwindled.

The apex regulator of the capital market said the cut would mostly affected senior members of staff.

The Director-General, SEC, Lamido Yuguda, disclosed this in Abuja on Tuesday while appearing before the House of Representatives’ Committee on Finance.

The committee has been inviting ministries, departments and agencies of the Federal Government to account for their revenue generation and remittances into the Federation Account.

Yuguda, who was represented by SEC’s Executive Commissioner for Corporate Services, Ibrahim Boyi, said the commission was determined to boost its revenue and reduce the cost of operation.

He said, “Unfortunately, almost 80 per cent of our cost is staff cost. So, we need to find a way of chopping off that cost and I think work is already going on. We are top heavy, almost 50 per cent of our staff are from senior managers.

“So, that is the mandate I think we have taken as management and the board. And I am sure that in a matter of a few months, we will be able to come with a solution. But the idea really is to make the commission more sustainable and make sure that our revenue is going forward.”

Speaking on SEC’s revenue remittances, Yuguda said the commission had reconciled fully up to 2018.

He said, “You know, in 2020, there was a new directive by the Federal Government that whether you are a self-funding agency or not, 25 per cent of revenue that hits your TSA (Treasury Single Account) will be deducted and that has been going on.

“We are also going to factor that into our subsequent reconciliation with the Office of the Accountant General (of the Federation). Unfortunately, for SEC in 2019, 2020 and this year, we are likely to end up with some deficits because of the revenue shortfall.”

The Deputy Chairman, House Committee on Finance, Saidu Abdullahi, who presided over the hearing, directed SEC to reconcile its 2019 and 2020 accounts with the Office of the Accountant-General of the Federation and to explore ways of generating more revenue.

The lawmakers also asked for details of the NNPC’s group account, while asking heads of all subsidiaries of the corporation as well as the Group Managing Director, Mele Kyari, at a date to be fixed by the committee.

Abdullahi criticised the manner in which the NNPC subsidiaries were handling revenue remittances.

He said, “If you said outside of the tax they pay, they do not pay any dividend to NNPC. I think there is a flaw in that. I cannot have a company that will only be responsible for payment of tax. I have an objective for establishing the company. When next you are to appear before us, the appearance will have to be with the heads of the subsidiaries including the GMD of NNPC.

“As a country, it is time we must sit down as citizens and talk to ourselves, we have a responsibility of making this country work and for us to make it work is by doing what is right.