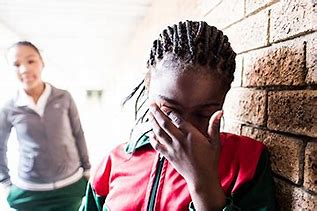 The trend of economic instability is quite appalling. Economic experts have therefore warned that the rising poverty level in Nigeria would have more adverse impacts on the economy and further worsen the security challenges in the country.

They said the Federal Governments figure on people lifted out of poverty was not reliable.

Nigeria had one of the world’s highest economic growth rates, averaging 7.4% according to the Nigeria economic report that was released in July 2019 by the World Bank.

Following the oil price collapse in 2014–2016, combined with negative production shocks, the gross domestic product (GDP) growth rate dropped to 2.7% in 2015. In 2016 during its first recession in 25 years, the economy contracted by 1.6%.Nationally, 43 percent of Nigerians (89 million people) live below the poverty line, while another 25 percent (53 million) are vulnerable.

For a country with massive wealth and a huge population to support commerce, a well-developed economy, and plenty of natural resources such as oil,the level of poverty remains unacceptable. However, poverty may have been overestimated due to the lack of information on the extremely huge informal sector of the economy, estimated at around 60% more, of the current GDP figures.

As of 2018, Population growth rate is higher than economic growth rate, leading to a slow rise in poverty. According to a 2018 report by the World Bank, almost half the population is living below the international poverty line ($2 per day), and unemployment peaked at 23.1%.

Today,the economic instability has deteriorated even further,an would worsen by 2022 by 23%.

An average Nigeria lives less than two dollars per day, leaving corruption and poverty the order of the day.

Senate: oil, gas companies to be relocated to operational bases in Niger Delta