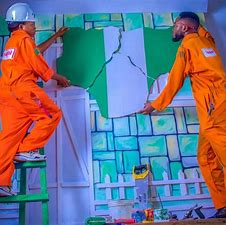 The Youths Off the Street Initiative (YOTSI) and its Diaspora partners has convened the presentation of “NIGERIAN’S 2023 PRESIDENTIAL TRANSITION INTER ETHNIC PEACE DIALOGUE 2021” in Abuja on the 31st day of May 2021 with the theme: Restructuring and 2023 Power Shift: Nigeria’s make or Break Factor for political Survival.

The convener Comr. Kennedy Iyere President of YOTSI addressing the distinguished guests, in his statement stated that Nigeria is in a political era. Matters will grow from worse to worst, from chaos to wars, from wars to mass Killings and death which might eventually lead to a civil war. Therefore, the need to rise up and speak up is a necessity for every Nigerian at this crucial time.

Dr George Obiozor, The President-General of Ohanaeze Ndigbo, said the organisation believed there was the need for an emergency national conference to consider the proposals of various ethnic groups and also review the reports of previous national conferences for the restructuring and development of a new constitution that transpires equity and transpernency ; noting that is high time Nigeria’s political power shifts to the South.

“Nigeria is on the brink of a second civil war and certainly will not survive it. The political atmosphere is already over-saturated with tensions and getting more combustive and volatile. This is the reason we must act now, in order to prevent the ethnic cleansing, bloodbath, mass murder, genocide and forceful disintegration waiting to happen. The damaging consequences will be grievous if these critical warnings are taken for granted. We are sitting on a ticking time bomb and it is about to explode.”

Adebanjo, while presenting the position of the Yoruba, which was also adopted by the Ohaneze, said the process for a genuine consensus on an acceptable national constitution should begin with the production of position documents by all nationalities between now and December.

He said going forward, Nigerians should be allowed to exercise their rights and sovereignty on how they wanted to live together under mutually beneficial terms. The various regions in the country should be allowed to choose the type of government they wanted to adopt within their area under a truly federal structure which would guarantee some measure of autonomy and control over resources and policing of their entities.

“Ethnic nationalities in the country be encouraged to prepare their document on Terms of Engagement between now and December 2021. The documents from the nationalities in which they propose the kind of regional government they want to form be collated and considered between January and March 2022.

The product of this process should then produce the document that will become the Constitution of the United Regions of Nigeria or Federal Republic of Nigeria. As stated earlier, issue of true federalism must be central in every of the Constitution or Article of Engagement so produced. True Federalism that emphasizes Self-Determination.”

Dr. Lawal Abdullahi in his opinion, believes that separation is not the best solution to Nigeria’s long-standing issues.

However, Confusion generated when the leader of Northern Consensus Initiative, said in his statement that the Northern Nigerian was no longer opposed to a break-up of the country.

Creating more tension, he reiterated his assertion by making it significantly clear about the stand of the North in its readiness to separate.

“The North, before now, was saying ‘we don’t believe in separation; but as I’m standing, I’m telling you that if there is going to be separation tomorrow, the North is ready for it. We are also ready, let’s go our different ways and I am telling you this with all sincerity and I owe no apology to anyone.

The Former Minister of Aviation, Femi Fani-Kayode lamented over the spate of insecurities in the country which is a consequence of the nation’s weakness that has led to foreign Terrorists invaders.

Thus, Nigerian citizens are threatened daily by the alarming rise in the state of Kidnapping, murder and man slaughter in the nation. Affirming that time and over again, the herdsmen, or which he rather called Foreign Fulani Terrorists have caused painful human destruction within the last years.

He added that the various ethnicity in Nigeria are decreasingly talking about ethnic integration and  restructuring but instead  are promoting separation. Hence, there’s a need for  an awakening in other to avoid repetition of History.

“It high time we stopped talking and start doing.  What we are facing today is a nothing less than war knocking at our gate.

IWA states that the predominant view in Nigeria is for restructuring of the country, and this should be the minimum that Ndigbo should demand, so that every component part of this country can substantially harness its resources and develop at its own pace. We want to make Nigeria one of the greatest countries on earth. God have blessed us with everything you can imagine (great intelligent youths, land, agriculture, mineral resources except for good leaders. It is time to correct this.

There is a need to restructure Nigeria to ensure true federalism as it was in the 1963 constitution based on regions or zones. We need a Nigerian political structure that is based on equity, fair play, balance and equal access to political power for the good of all Nigerians.

IWA feels that what Nigeria needs on the long run is true Fiscal federalism which is a system of government based upon democratic rules and institutions in which the power to govern is shared between National and Regional/State Governments. The individual federating units need to have more control over their own affairs.

We should return to agricultural businesses such as was practiced in the sixties by our former leaders.

–Hides and skin in Nigeria for leather and ground nut in Northern Nigeria.

–Cocoa for chocolate candy and drink and rubber product In Western Nigeria.