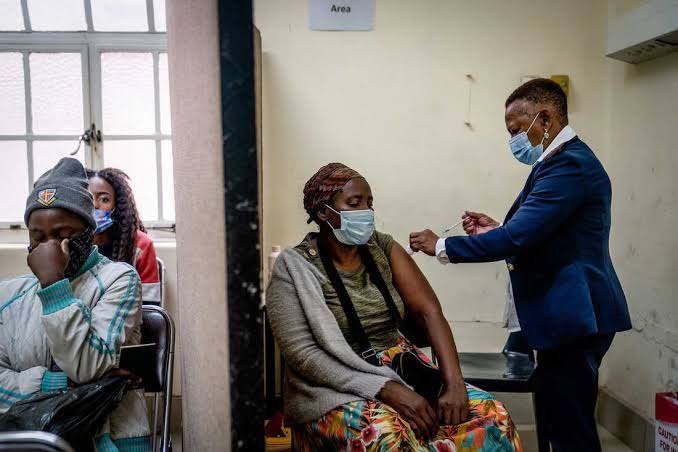 Researchers looking at real-world coronavirus cases in Britain reported Wednesday that the omicron variant of the coronavirus appears to be less severe than the once-dominant delta strain.

Early evidence from Scotland and England suggests that omicron is sending fewer people to the hospital.

That surveillance tracks well with the latest observations from South Africa, where public health officials have reported that the omicron variant is tending to result in milder illness.

Scientists had not been sure whether that finding would hold elsewhere.“This is a qualified good-news story,” said Jim McMenamin, national covid-19 incident director at Public Health Scotland and one of the co-authors of the Scottish study.

But the United Kingdom is also furiously giving people their third dose or booster jab — administering almost a million shots on Tuesday.

Prime Minister Boris Johnson has said his government is watching the data but would not call for stricter measures to fight the spread until after Christmas at the earliest.The early research from Scotland was led by the scientists at the University of Edinburgh, in a well-vaccinated population not too different from the United States.

The power of the study lay in the wealth of data kept by the National Health Service in Scotland — records of vaccination status, age, gender, underlying health conditions and coronavirus infection for nearly 98 percent of the Scottish population.

The study, which has not yet been peer reviewed, found that people infected with the omicron variant were almost 60 percent less likely to enter the hospital than those infected with delta, the globally dominant variant that is being eclipsed rapidly.

The Scottish scientists said that recently vaccinated people appear to have some protection against symptomatic infection from omicron but less so than against delta.

A third dose or booster of an mRNA vaccine was associated with a 57 percent reduction in the odds of developing symptomatic covid-19. Boosters gave better protection against the delta variant — more than 80 percent.The researchers estimated the potential for reinfection is 10 times more likely with omicron than with delta.

The numbers they were working with were small but statistically significant, they said — if omicron acted the same as delta, they would expect 47 people to have been admitted to hospital so far. Currently, there are only 15.

The scientists said there were not enough omicron infections and hospitalizations among those over 60 years to reach confident conclusions, but they expected the overall trend would hold.

Trafficking fears as hundreds of Nigerian refugees, some pregnant, vanish