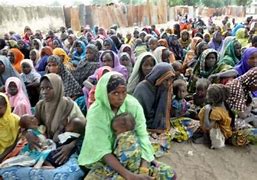 Governor Babagana Zulum of Borno on Wednesday expressed worries over growing cases of drug abuse and prostitution in Internally Displaced Persons (IDP) camps in the state.

”It is no more sustainable for our Internally Displaced Persons (IDPs) living in both camps and in the host communities to receive foods and non food items from donor partners. People must earn their means of livelihood if we want to ensure that it this insurgency comes to an end.

”I think mistakes have been done before whether we like it or not. We accumulated huge number of people in the IDP camps, it is not right! There is that increasing prostitution in the IDP camps, there is increase in drug abuse, there is increase procreation in the IDP camps and therefore we brought an alternative that what we shall do is that, government should create an enabling environment that will ensure reconstruction and resettlement of IDPs back to their communities in a dignified manner. That is something very important.”

He also warned those politicising security issues to stop, encouraging the military to sustain the momentum against insurgents.

He stated, ”You should take note that the issue of security should not be politicized. That is something which is very important. As I’ve rightly pointed out, there is a need for us to sustain the momentum.

”So, the Nigerian Army should not relax by this our statement that there is peace in Borno State, there is peace Northeast sub-region. What we are saying is truth. Yes, we have started witnessing gradual return of peace into the sub-region, but that does not mean that the problem is over.”