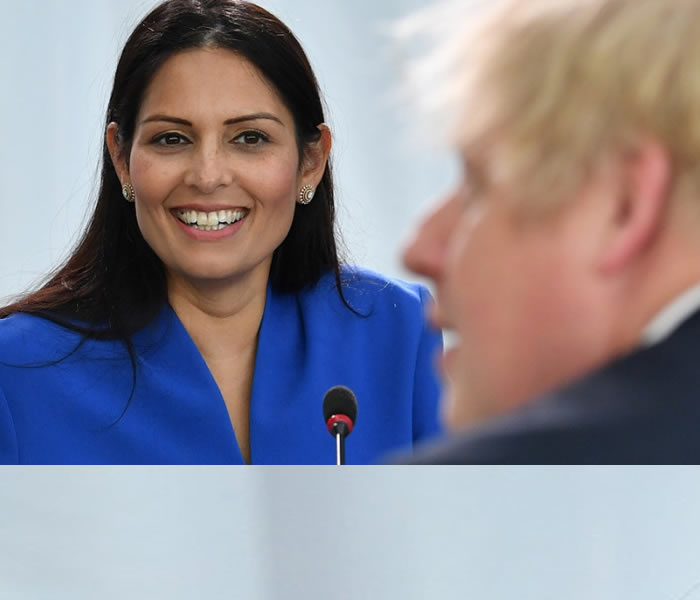 The Cabinet Office has launched an investigation into whether Priti Patel breached the ministerial code after her top Home Office official dramatically resigned amid a bullying row.

Michael Gove told MPs that the Home Secretary would be the subject of a Whitehall inquiry following the exit of Sir Philip Rutnam, the former permanent secretary who is now planning to sue the Government for constructive dismissal.

But the Cabinet minister confirmed that Boris Johnson had “full confidence” in the “superb” Ms Patel – and said she “absolutely rejects” the claims lodged against her.

Labour’s Jeremy Corbyn meanwhile backed union demands for an external lawyer to be brought in to probe the claims, saying it was “not enough just to refer this to the Cabinet Office”

Sir Philip quit in a televised statement on Saturday, saying he had been the victim of “a vicious and orchestrated briefing campaign” by allies of the Home Secretary.

He also claimed that Ms Patel had shouted and sworn at her staff, and accused Ms Patel of failing to “disassociate herself” from attacks on him.

“The Prime Minister has expressed his full confidence in her, and having worked closely with the Home Secretary over a number of years I have the highest regard for her. She is a superb minister doing a great job.”

But he confirmed that a probe was now underway into whether Ms Patel has breached the ministerial code, the document spelling out how ministers should conduct themselves.

“And, in line with the process set out in the ministerial code, the Prime Minister has asked the Cabinet Office to establish the facts.

“As is usual, the independent advisor on ministerial interests Sir Alex Allan is available to provide advice to the Prime Minister.”

The probe stops short of an independent investigation demanded by the FDA trade union, which is supporting Sir Philip in his claim against the Government.

The Whitehall union has called for an “external lawyer” to be brought in to investigate the allegations made against Ms Patel, whose allies have defended her “determined” style of running the Home Office.

That demand was echoed by Labour’s Jeremy Corbyn, who said “serious allegations” had been raised by Sir Philip, as he quoted the ex-mandarin’s claim that the Home Secretary’s behaviour had included “shouting and swearing, belittling people” and making unreasonable and repeated demands” of officials.

Mr Corbyn asked: “Why, without a proper investigation, has the Prime Minister defended the Home Secretary, calling her fantastic and saying he absolutely has confidence in her?

“It’s not enough just to refer this to the Cabinet Office, the Government must now call in an external lawyer as has quite rightly been suggested by the union of senior civil servants, the First Division Association.”

‘DEAD IN THE WATER’

Allies of the Home Secretary have rushed to her defence in recent days, with Conservative Brexiteer Sir Iain Duncan Smith saying civil servants “need to know they are there to carry out the policy wishes of the Government”.

The former Cabinet minister said: “This is a fight the Government has to win, otherwise all her colleagues will be dead in the water. There is still a group of civil servants who don’t believe in Brexit and don’t follow that there are things we can do now that we’ve left the EU.”

Former transport minister Nus Ghani meanwhile suggested Ms Patel had been treated more harshly because she is a woman.

“My experience of working with Priti is that she is incredibly determined,” the Wealden MP told Sky News. “She provides strong leadership and she’s delivering some very important aspects of our policy.”

But former Home Office minister Caroline Nokes has rejected claims Sir Philip – who previously served as head of the Department for Transport – quit amid concerns over his own competence.

“Philip was absolutely a textbook civil servant,” she told the BBC.

“This was a man who would do his job absolutely diligently. He wouldn’t shy away from telling ministers when they wanted to push the envelope too far and say, no, you simply cannot do that.

“But I have no doubt that Philip is an extremely decent and diligent man.”