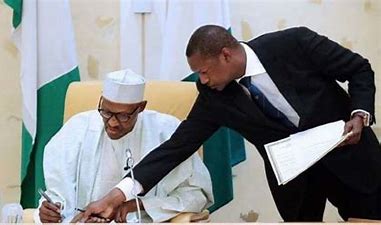 On Monday 24th, the presidency faulted the Southern Governors Forum’s recent decision to ban open grazing and other resolutions reached at their meeting, dubbing them “acts of politicking intended by its signatories to demonstrate power.”

Recall that Southern governors at their recent meeting in Asaba, the Delta State capital, as part of measures to address insecurity in the region, banned open grazing and called on the President, Major General Muhammadu Buhari (retd.) to restructure the country.

The Attorney General of the Federation and Minister of Justice, Abubakar Malami, SAN, in an interview with Channels Television on Thursday described the ban as unconstitutional.

He said, “It is as good as saying, perhaps, maybe, the northern governors coming together to say they prohibit spare parts trading in the North.”

Shehu, in  his statement , stated, “President Muhammadu Buhari has expressed a strong resolve to address the conflicts of herders and farmers in a sustained and lasting manner that should lead to the emergence of a permanent solution to the frequent clashes between them, as well as the associated problem of the gun-wielding ‘killer herdsmen.’

Shehu, in  his statement , stated, “President Muhammadu Buhari has expressed a strong resolve to address the conflicts of herders and farmers in a sustained and lasting manner that should lead to the emergence of a permanent solution to the frequent clashes between them, as well as the associated problem of the gun-wielding ‘killer herdsmen.’

It is very clear that there was no solution offered from their (the Governors’) resolutions to the herder-farmer clashes that have been continuing in our country for generations,

“But the citizens of the Southern States – indeed citizens of all States of Nigeria – have a right to expect their elected leaders and representatives to find answers to challenges of governance and rights, and not to wash their hands off hard choices by, instead, issuing bans that say: “not in my State”. Shehu said.

The President’s spokesman noted that his principal had approved a number of specific measures to bring a permanent end to the frequent skirmishes as recommended by the Minister of Agriculture, Sabo Nanono, in a report he submitted.

“Fortunately, this declaration has been pre-empted, for whatever it is intended to achieve, and Mr President, who has rightly been worried about these problems more than any other citizen in consultation with farmers and herders alike, commissioned and approved an actionable plan of rehabilitating grazing reserves in the States, starting with those that are truly committed to the solution and compliant with stated requirements.

“With veterinary clinics, water points for animals, and facilities for herders and their families, including schooling – through these rehabilitated reserves, the Federal Government is making far-reaching and practical changes allowing for different communities to co-exist side-by-side: supporting farmers to till their fields, herders to rear their livestock, and Nigerians everywhere to be safe,” he said.

State Governors in the South had resolved to ban open grazing and movement of cattle by foot in the region following a meeting held on May 11 in Asaba, the Delta State capital.

They had called for the restructuring of the country along with fiscal federalism, devolution of powers, and state policing, as well as asked President Muhammadu Buhari to convene a national dialogue to address the agitations by various groups in the region.