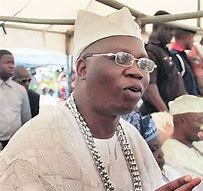 Aare Gani Adams, The Aare Ona Kakanfo of Yorubaland, says food crisis is imminent in the South-West region of Nigeria due to the onslaught on farmers by Fulani herdsmen.

Farmers in attack-prone areas have stopped going to their farms for fear of being assailed by suspected fulanin herds men.

“They have discouraged Yoruba people from farming now and if care is not taken within one year, there will be famine in Yorubaland,” Adams said on Wednesday while featuring on a Channels TV programme.

“We have been seriously infiltrated by Fulani herdsmen. Most of the reserved forests have been taken over by the Fulani herdsmen and a lot of ugly things are happening from those places. So, all hands must be on the deck to make sure these public incidents are taken care of,” he said.

Adams blamed the original Fulani dwellers in host Yoruba communities for the infiltration and incessant killings, kidnappings, rape and sundry crimes, saying they were complicit in the criminal activities because they failed to expose the intruders in their midst.

“But we have witnessed strange incidents for the past seven years and the Fulani people living with us peacefully did not give us intelligence report about the criminal activities of the people that came into the different communities in Yorubaland,” he explained.

Adams, who said he foresaw the invasion of herdsmen in the South-West region three years, said, “We cannot allow what is happening in the North-West and North-East to happen in the South-West. Don’t forget that Yorubaland is the commercial nerve centre of the economy of this country. So, the Federal Government must know the implication of this economic threat to the region.”