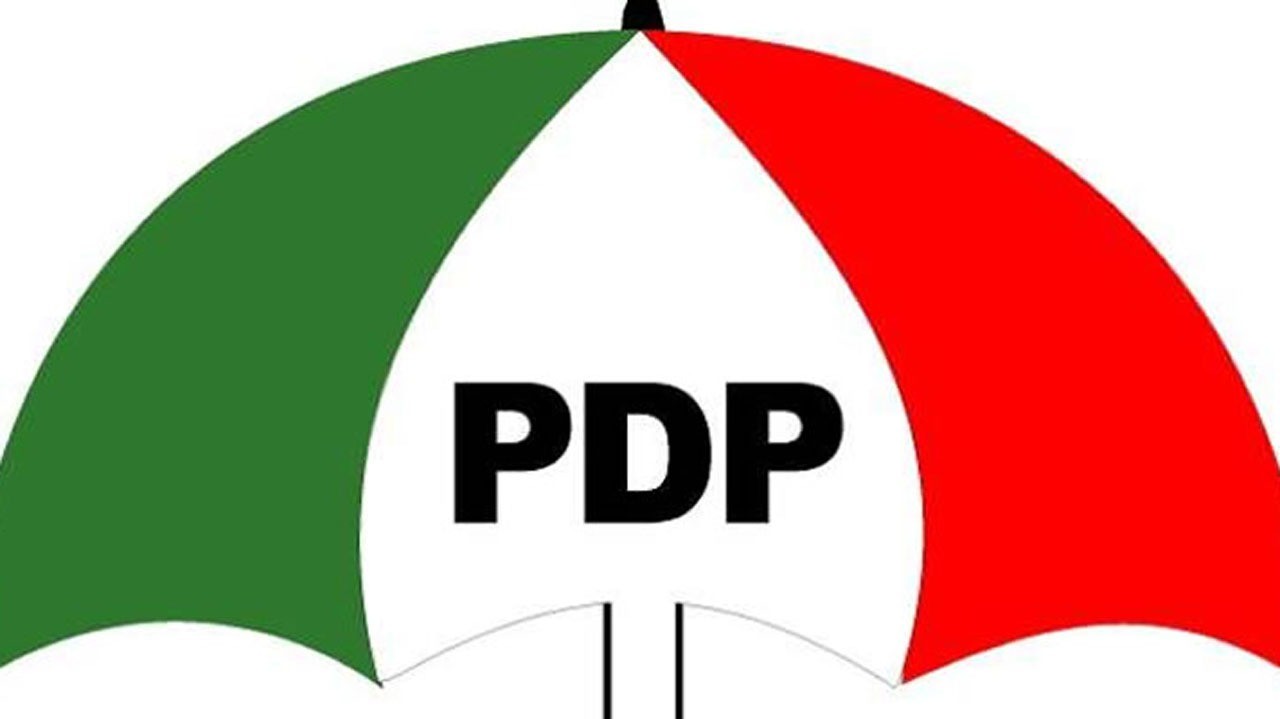 The 44-member Zoning Committee of the PDP met in Enugu on Thursday.

Nigeria’s main opposition party, the Peoples Democratic Party (PDP), has zoned the position of the national chairman of the party to the north.The Chairman of the party’s Zoning Committee and Governor of Enugu State, Ifeanyi Ugwuanyi, made the announcement on Thursday after the meeting of the committee in Enugu.Mr Ugwuanyi said other positions within the National Working Committee (NWC) will be swapped between the north and the south.

Going by the tradition of the party, if the national chairman is picked from the north, its presidential candidate will come from the south.He said the committee was not sked to decide the zoning of the presidential ticket.

“The decision of the PDP zoning committee is in line with the constitution of the party on zoning, and rotation of party, and national offices in the interest of justice, equity and fairness. Consequently, the current offices being held by officers in the southern zone of the country, namely south-west, south-east and south-south zone should swap places with offices currently in the northern zone of Nigeria namely north-west north-east, north-central zones,” he told journalists.The suspended chairman of the party, Uche Secondus, hails from River State in the southern region of the country.

There was an earlier speculation that Mr Secondus may enjoy the support of his northern allies to retain his seat or would be offered the opportunity to recontest for the seat.However, at the PDP governors meeting held on Wednesday night at the Akwa Ibom governor’s residence in Abuja; sources said they voted 9-3 in favour of the chairmanship seat to be zoned to the north.

Governors Bala Mohammed of Bauchi State, Ahmadu Fintiri of Adamawa and Darius Ishaku of Taraba reportedly voted for the chairmanship to be zoned to the south at the meeting presided over by the Chairman of the PDP Governors Forum, Governor Aminu Tambuwal of Sokoto State.

While the ruling APC controls 22 states, the PDP is in charge of 13. The remaining one state is led by the All Progressives Grand Alliance (APGA).Before its eventual announcement on Thursday, the 44-member Zoning Committee met twice last week but was unable to reach a consensus on the subject.With the resolution to zone the seat to the north, sources say there is a possibility that the 30 and 31 October scheduled for the party’s National Convention may be postponed to enable it put its house in order before the convention.

The Need for a Radical Shift From The Status quo in Anambra– Guber Aspirant, Ozigbo