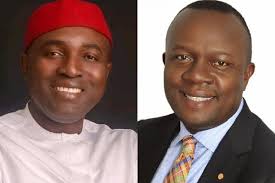 Azubogu also extended profound appreciation to his teeming supporters, party faithfuls, family members and Ndi Anambra in general for their support, patience throughout the campaign and inestimable show of love while he vigorously campaigned in the build-up to the primary held at the Women Development Centre, Awka on June 26, 2021.

Speaking via a statement released by his Media Office, the contestant widely known as ‘Mr. Project’ commended the tenacity and commitment of members of his campaign team and that of a preponderance of party faithful at the grassroots.

These, he said, worked assiduously and were ready to vote for him at the just concluded primary, prior to the last minute conspiracies that threw spanners in the works and stifled his legitimate aspiration.

The statements read in part:“My mission in politics has always been guided by a genuine quest to serve the people’s interest, using the instrumentality of governance.

“Hence, my aspiration to govern Anambra was borne out of a burning desire to lead a development drive that would propel her to enviable economic and development heights.

“In the bid to actualize that vision, my team and I consulted widely, armed with a message of hope anchored on conversations that effectively addressed the multi-faceted challenges facing dear state and capped with applicable solutions as we interfaced with different strata of society.

JOE Biden is expected to reverse many of Trump’s key policies, including the rejoining of climate accords, as soon as his first day in office.