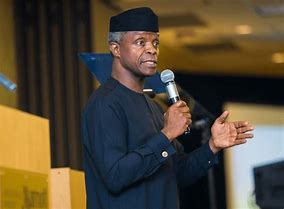 The Vice President, Yemi Osinbajo; President of the Christian Association of Nigeria (CAN), Rev. Samson Ayokunle; the Sultan of Sokoto, Alhaji Sa’ad Abubakar; and the United Nations Deputy Secretary-General, Mrs. Amina Mohammed, have said Violence Against Women (VAW) must stop in Nigeria for the country to make progress.

The leaders spoke, yesterday, at a two-day Northern traditional and religious leaders summit on ending Gender-Based Violence (GBV) and harmful practices, organised by the Sultan Foundation for Peace and Development, in Abuja.

Osinbajo urged state governments to intensify efforts to address the issue of GBV in their territories.

Represented by the Minister of Women Affairs and Social Development, Pauline Tallen, the VP said the Federal Government was committed to supporting deliberate measures to tackle the menace.

He, however, said unless all stakeholders took practical steps to protect the vulnerable population, especially women, the nation would be the worse for it in future.

“I use this opportunity to commend Governor Nasir el-Rufai of Kaduna State, for, apart from domesticating the laws, amended the VAPP Act to deal with offenders. It is high time we moved to action. We cannot keep talking without action,” the VP said.

The Sultan, in his remarks at the event, emphasised the need for the government to go beyond the enactment of laws and strengthen awareness around GBV.

He said no government could claim to be addressing the menace when law enforcement institutions were weak in discharging their functions.

Ayokunle, stated: “The abuse of girls and the vulnerable must no longer continue in our own time. All forms of GBV are appalling in the 21st century. We should all rise together to eradicate them. Our society will be better through our collective action in this direction.”

He charged royal fathers and faith leaders to step up their roles as custodians of custom, tradition and faith in making sure that women were safe.

On her part, Mrs. Mohammed lamented that around the world, one out of every three women experience GBV in her lifetime.She said the Coronavirus Disease (COVID-19) had exacerbated the challenge reversing the many gains made in addressing the issue.

Nonetheless, traditional leaders were central to addressing structural inequalities and transforming communities for the better from within, she added.