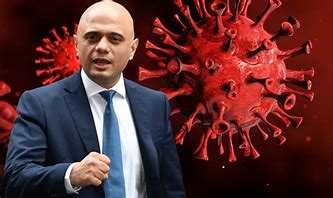 New Omicron infections in the UK are running at 200,000 a day, dwarfing the number of officially confirmed cases, according to an estimate from the UK Health Security Agency.

The new figure, which was revealed by health secretary Sajid Javid in the House of Commons, added urgency to Boris Johnson’s promise to offer all eligible adults in England a Covid-19 vaccine booster jab by the end of the year.

The total number of Omicron cases, which have been confirmed by genomic sequencing, stood at around 4,700 on Monday after 1,576 new cases were recorded. But the UKHSA estimates the true number of daily infections is far higher based on its modelling.

As the UK recorded its first death of someone with the new variant, Javid said the NHS had declared Omicron a “national incident”, enabling central co-ordination of the health service’s emergency response. The fast-spreading new variant now represented 20 per cent of cases in England, while 10 patients were in hospital after being infected with Omicron, he added.

The NHS will have to distribute 18m booster jabs in England in less than three weeks to meet the prime minister’s target. But NHS leaders expressed doubt about the stretched health service’s ability to meet the target, which will require it to beat its daily record from March of 756,000 jabs in a single day for the remainder of the year.