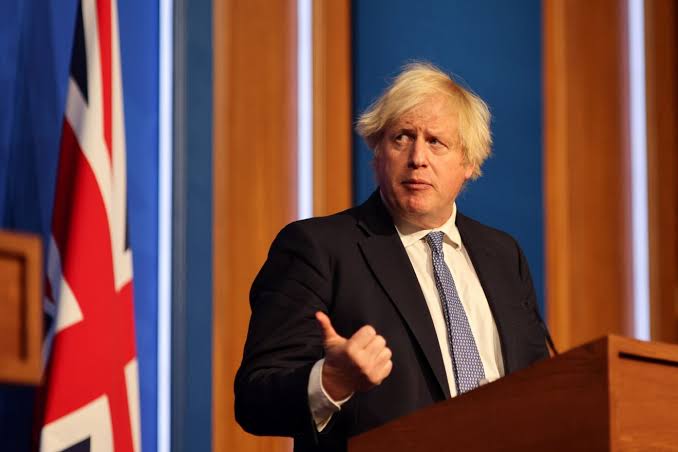 No new Covid restrictions will be brought in for England before Christmas, the prime minister has said.But Boris Johnson said ministers “can’t rule out” any further measures after 25 December, with Omicron spreading at a speed never seen before.He added the government would continue to closely monitor the data and would “not hesitate to act” after Christmas if needed.

On Tuesday, Scotland announced tough new measures to start from Boxing Day. Large events will have limits on the number of people that can attend, and Edinburgh’s Hogmanay celebrations have been cancelled.

In a video clip released on Tuesday, Mr Johnson said the government couldn’t rule out additional restrictions after Christmas and pledged to “do whatever it takes” to protect the health of the nation.

He added that given the ongoing uncertainty over Omicron’s severity and the impact of vaccines, there was not enough evidence to justify any tougher measures before Christmas.

He said people can go ahead with their Christmas plans but should exercise caution – and repeated his appeal for everyone to get a booster jab.

Scotland – where people have already been told to limit their socialising in the run-up to Christmas – announced new rules earlier.

For at least three weeks from 26 December, all outdoor events will be limited to just 500 people and indoor events like concerts will be limited to 200 people if they are seated, or 100 for standing.Wales has already announced plans for sporting events to be held without crowds from Boxing Day, and London has cancelled its New Year’s Eve event in Trafalgar Square.Wales is also closing nightclubs from 27 December – and more post-Christmas plans will be set out on Wednesday.

In Northern Ireland, there is a limit of 30 on people mixing from different households in homes, and another announcement is due on Wednesday.’England different to Scotland

Although England is sticking with its Plan B measures until Christmas, businesses say they are facing a wave of cancellations and low footfall as people limit their activity before Christmas.

Responding to their concerns, the government said on Tuesday it would be providing cash grants of up to £6,000 per premises to hospitality and leisure businesses affected by the surge in cases.

There is also £30m more for the arts and £100m for councils to help small firms.But many businesses say the money is not enough, and they still want certainty over whether there will be more restrictions in future.