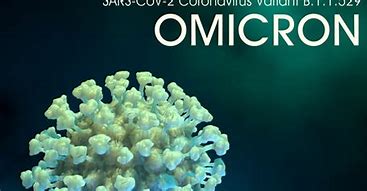 African countries are stepping up measures to detect and control the spread of the Omicron variant.

This became necessary as weekly new COVID-19 cases in the continent rose by 54 per cent due to an upsurge in southern Africa, said the World Health Organisation in a statement released on Thursday.

According to WHO, the Omicron variant has now been detected in four African countries, namely Botswana, South Africa, Ghana and Nigeria, while more than 20 countries have detected the variant to date.

Botswana and South Africa account for 62 per cent of cases reported globally, said the WHO Regional Office for Africa based in Brazzaville, the Congolese capital.

WHO said this, adding that the detection of the Omicron variant is coinciding with a 54 per cent surge in COVID-19 infections in Africa, mainly due to an uptick in southern Africa.

“The detection and timely reporting of the new variant by Botswana and South Africa has bought the world time. We have a window of opportunity but must act quickly and ramp up detection and prevention measures,’’ warned Matshidiso Moeti, WHO Regional Director for Africa, calling on African nations to adjust their COVID-19 response so as to stop a surge in cases from sweeping across Africa.

Omicron has a high number of mutations (32) in its spike protein, and preliminary evidence suggests an increased risk of reinfection, when compared with other variants of concern, according to the WHO.

In Africa, vaccination rates remain low, only 102 million people, or 7.5 per cent of the population, were fully vaccinated.

More than 80 per cent of the population still need to receive the first dose, warned WHO, noting that only five African nations have reached the WHO global target for countries to fully vaccinate 40 per cent of their population by the end of 2021.

“The combination of low vaccination rates, the continued spread of the virus, and mutations are a toxic mix.

The Omicron variant is a wake-up call that the COVID-19 threat is real.

However, with improved supplies of vaccines, African countries should widen vaccination coverage to provide greater protection to the population,’’ Moeti said.