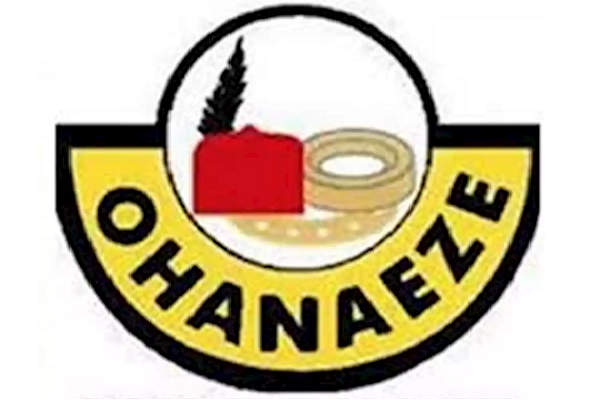 Igbo apex sociocultural organization, Ohanaeze Ndigbo has told the Federal Government prosecuting the leader of the Indigenous People of Biafra (IPOB), Nnamdi Kanu and Yoruba Nation agitator, Sunday Igboho would amount to nothing without justice.

It also expressed surprise at the efficiency with which security operatives arrested Kanu and Igboho without applying similar zeal in treating Boko Haram kingpins, herdsmen and bandits in the North West among other criminal elements.

In a statement on Tuesday in Enugu by its spokesman, Alex Ogbonnia, Ohanaeze said as long as the Federal Government fails to address issues of injustice, many “other Kanus and Igbohos will sooner than later emerge”.

According to Ohanaeze, Kanu and Igboho who wittingly or unwittingly are seen as heroes by their people were products of unjust society.

The statement reads: “Nigeria security operatives have in recent time shown that they have teeth and can bite.

“The question on every mouth is whether they can apply similar zeal in treating the Boko Haram Kingpins; Fulani Herdsmen; the North West Bandits, etc. The foregoing selective efficiency of the security operatives elicits the reason for the making of Mazi Nnamdi Kanu and Chief Sunday Adeyemo aka Sunday Igboho.

“We recall that Chief Sunday Igboho emerged in the scene because he could not endure the daily menace of the herdsmen in the Yoruba localities for a very long time. The herdsmen would kill, maim and rape women at random.

“All entreaties to the presidency for a swift action against the AK-47 wielding herdsmen appeared to fall on deaf ears. Then Igboho in a patriotic heroic zeal intervened to save the rural farmers, women and children from the daily menace of the herdsmen.

“There is no gainsaying the military operations against the Boko Haram in the North East of Nigeria but the rate at which the herdsmen destroy farm crops, attack villages, kill the indigenes and forcefully occupy their ancestral lands is most callous, unconscionable and condemnable. This is where the intervention of the presidency is most needed; and of course, the Igboho paradox.

“Ohanaeze Ndigbo Worldwide led by Ambassador Professor George Obiozor has maintained the need for the presidency to embrace equity, justice and fairness in public policy formulations and execution. And that the various forms of agitation in Nigeria is an effect and not a cause in itself.

“The cause of the agitations is the obvious injustice in federal public policies.

“Measures should rather be taken to address the causes of the agitations and only then can Nigeria have peace and sustainable economic growth.

“On the other hand, Mazi Nnamdi Kanu and Sunday Igboho who wittingly or unwittingly are now seen as heroes by their people, are but the products of unjust society.

“Therefore, a concerted effort in search of the Kanus and the Igbohos without addressing the basis of the agitation is an effort in futility. Otherwise other Kanus and Igbohos will sooner than later emerge”

Nigeria Covid-19 and The Capitalist Ventures Who runs Nigeria by a Weak Governance. By Mazi Godson Azu.