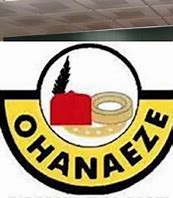 The apex Igbo socio-cultural organisation, Ohanaeze Ndigbo has denied holding a meeting with the Attorney-General of the Federation (AGF) and Minister of Justice, Abubakar Malami, SAN.

The Special Assistant on Media and Public Relations to the AGF, Jibrilu Gwandu, had said in a statement on Monday that the Ohanaeze legal team met with AGF Malami.

Gwandu also stated that the Ohanaeze leadership indicated willingness to monitor the proceedings in the case of the leader of the Indigenous People of Biafra (IPOB), Mazi Nnamdi Kanu.

However, the President-General, Ohanaeze, Prof George Obiozor stated that the Ohanaeze Ndigbo Worldwide led by him did not send anyone to the Federal Government, adding that another organisation using the name of Ohanaeze might have met the AGF.

Speaking to one of our correspondents over the telephone, he expressed surprise, asking in disbelief:

“I don’t know about that Ohanaeze. Maybe it is another Ohanaeze wherever, but the Ohanaeze worldwide, the one led by me, has not sent any legal team yet to him (Malami).

“We constituted our team just on Saturday led by the Ohanaeze national legal adviser.”

The statement by Gwandu had said the position of Ohanaeze Ndigbo on the issue of Kanu demonstrated its recognition of the South-East region belonging to Nigeria and succumbing to the rule of law.

The statement read in part:

“The group showed a mature departure from the mindset of the proscribed Indigenous People of Biafra when Ohanaeze said: ‘We do not support the use of any form of violence’, while channelling concerns and presenting demands.

“By urging the youth to be law-abiding and sheath their sword as well as asking them to try to obtain voter cards to enable them to contribute to national development, the position of Ohanaeze becomes glaringly constitutional and commendable.”

Four people killed and another injured in a “large explosion” at a waste water treatment works in Avonmouth.

As the World Celebrate International Women’s Day, We ask all Women to Call Mad Putin to Order!

Kano To Pass Child Protection Bill Before End Of 2021