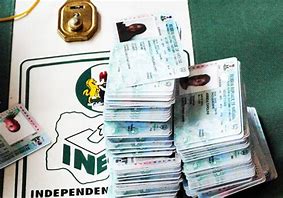 The Independent National Electoral Commission (INEC) said it received 542,576 online applications in the first two weeks of the resumption of its Continuous Voter Registration (CVR), which commenced on June 28, 2020.

INEC chairman, Prof. Mahmood Yakubu, made the announcement at a meeting with Resident Electoral Commissioners (REC), yesterday, in Abuja.

According to Yakubu, 456,909 were fresh registrants while 85,667 applied for voter transfer, replacement of Permanent Voter Cards (PVCs), update of voter information record, among others.x

Rating the applications according to geo-political zones, The Guardian discovered that so far, the Southwest recorded the highest applicants with 242,738 new registrants. The South-South followed with 79,614 while North Central has 69,072.

Also, about 31,017 new applications came from the Southeast while the commission received 20,866 from the Northwest. The Northeast recorded the lowest with 13,602 applications.

A state-by-state breakdown revealed that Osun has the highest number of new registrants with 154, 893, Lagos, 44,789 while Ebonyi recorded the least with 610.

The development might not be unconnected to the Internet divide between the North and South of Nigeria.