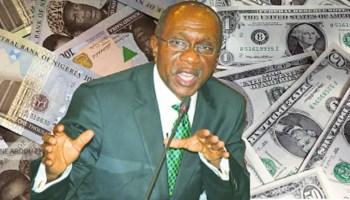 The Central Bank of Nigeria, CBN, disclosed this in its Monthly Economic Report for July 2021.

The report stated: “Trade balance improved in July 2021, resulting from risk sentiments emanating from the spread of the Delta-variant of COVID-19, which subdued imports.

“A breakdown indicates that the value of gas export decreased by 17.9 per cent to $0.46 billion.

“The decline in gas export was due, majorly, to the lower export of liquefied petroleum gas (LPG) in the review period.

“Crude oil and gas exports component remained dominant, contributing 89.7 per cent of total exports, with oil accounting for 79.3 per cent and gas export 10.4 per cent.”

“A disaggregation of non-oil export shows that the value of electricity export remained at $0.07 billion, while other non-oil increases by 13.3 per cent to $0.44 billion, from $0.39 billion in June 2021, as a result of increased export of agricultural produce, particularly sesame seeds.

“As a share of total export, non-oil constituted 10.3 per cent. “Import demand fell in the review period, reflecting supply chain disruptions, due to containment measures to stem the spread of the COVID-19 in some trading partner economies.”