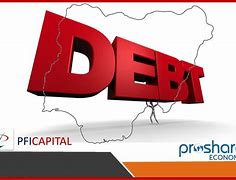 ollowing yesterday’s approval by Senate of a fresh $6.18 billion external loan request by the executive, there are indications that Nigeria’s documented public debt may exceed N35.5 trillion before end of the year.

The Senate, yesterday, approved a fresh $6.18 billion (which amounts to N2.53 trillion using N410/$ exchange rate) loan request by President Muhammadu Buhari to fund part of the 2021 budget deficit. The deficit stands at N5.6 trillion or 41 per cent of the N13 trillion budget. The deficit is more than the three per cent threshold as established by the Fiscal Responsibility Act, 2007.

The country’s total public debt stock stood at N33.1 trillion as of the end of Q1 in March, though the Minister of Finance, Budget and National Planning, Zainab Ahmed, at the recent African Development Bank (AfDB) meetings held in Ghana, said debts of some states had not been included in the official figures

Also, the Federal Government’s Way and Means (W & M) advances with the Central Bank of Nigeria (CBN) has been estimated at $25 billion (N10.3 trillion), which the Debt Management Office (DMO) said would be converted to a long-term instrument.

The loan estimates are 60 per cent or N5.6 trillion higher than the total N9.4 trillion earmarked for capital projects in the three years. Next year’s estimated capital vote is N3.262 trillion as against N3.162 trillion proposed for 2023 and N3.155 trillion planned for 2024.

The amount approved in this year’s budget, which is N4.125 trillion, is larger than what is being contemplated for any of the three fiscal years starting from 2022 even though the government wants to increase total spending.

Next year’s budget, though would be adjusted in line with economic realities before presentation, is estimated at N13.982 trillion. It will increase to N15.458 trillion in 2023 while the total spending will jump to N16.772 trillion in 2024.

The proposed new borrowing is about one-third of the total N46.3 trillion the government intends to spend between 2022 and 2024 while capital projects will take just one-fifth of the spending estimates.

Yesterday, the lawmakers approved issuance of $3 billion but not more than $6.18 Eurobond for the implementation of the financing of part of the deficit contained in the approved 2021 Appropriation Act. The Senate said the amount authorised above could be raised from multiple sources, including international capital market, multilateral or bilateral sources.

The loan, when procured, would increase the national debt stock and compound the burden of debt servicing. In the first quarter, the Federal Government spent N1.02 trillion on domestic and foreign debt servicing. The amount, which is contained in the DMO’s debt service payment report for Q1 2021, represents a 35.7 per cent year-on-year increase compared to N753.7 billion expended in Q1 2020.

Debt service is projected to consume 39 per cent of the country’s revenue this year. With over N1 trillion spent in three months alone, experts say the amount of debt service to revenue would surpass the official estimate.

Nigeria’s debt sustainability, like other African countries, has been subjected to intense review in recent weeks with the Director-General of the World Trade Organisation (WTO), Dr. Ngozi Okonjo-Iweala, and President of AfDB, Dr. Akinwumi Adesina, expressing worries the continent could relapse into a debt trap.

Yesterday’s Senate resolution followed the approval of its Committee on Local and Foreign Loans as presented by the Chairman, Clifford Ordia. The Committee recommended that the Senate approve Buhari’s request for the issuance of $3,000,000,000 but not more than $6,183,081,643.40 Eurobond in the International Capital Market. The External Borrowing of N2,343,387,942,848, according to the panel, should be for the financing of part of the deficit authorised in the 2021 Appropriation Act.

“What we are about to pass is not a new borrowing, it has been approved in the 2021 budget,” he said.

After the approval, the Senate President, Ahmad Lawan, said the National Assembly must make sure that there are no frivolous expenditures by the executive.

President Buhari had in May, asked the National Assembly to approve the loan. The President had said the loan will be used to fund “projects from priority sectors of the economy namely: Power, transportation, agriculture and rural development, education, health, provision of counterpart funding for multilateral and bilateral projects, defence and water resources.”

In April this year, the National Assembly had approved loan requests of $1.5 billion and €995 million. Fielding questions from newsmen two weeks ago after a closed-door meeting with President Buhari, President of the Senate, Lawan said Nigeria is a poor nation that has no option but borrow to fund infrastructure development.

The Budget Office of the Federation also admitted that the country is poor and only potentially rich, reason the country must keep borrowing to spend its way out of recession.

According to the Director General of the BOF, Ben Akabueze, “we are a potentially rich country, but the reality today is that we are a poor country because looking at the definition of poverty, when the resources you have simply cannot cover your needs you are poor.”

The Senate also yesterday passed a supplementary budget of N982 billion for the 2021 fiscal year. The approved sum represents an upward review of N86.9 billion from the initial amount of N895.842 billion transmitted to the National Assembly by President Buhari two weeks ago.

Chairman of the Appropriation Committee, Jibrin, explained that the sum of N45.63 billion required for COVID-19 vaccine programme would be sourced through existing World Bank loan as well as other grants.

The lawmaker disclosed that the balance of N722.40 billion, which is for capital expenditure on procurement of additional equipment for the security and capital supplementation would be sourced from new borrowing.

AFTER yesterday’s FEC meeting, Minister of Finance, Budget and National Planning, Zainab Ahmed, said her ministry presented a memo with a 2022 projected revenue of N6.54 trillion and N2.62 trillion to accrue to the Federation Account and VAT respectively.

She said: “We have presented to the Federal Government the projected revenues for 2022 to 2024. Specifically for 2022, the revenue that we expect is N6.54 trillion and N2.62 trillion to accrue to the Federation Account on VAT respectively. This revenue is projected to increase in 2023 to N9.15 trillion.

The total expenditure that we are expecting we have projected and approved by Council is an aggregate expenditure of N13.98 trillion. This includes N1.1 trillion of government-owned enterprises expenditure as well as grants and donor funded projects in the sum of N62.24 billion.

“This means that this budget is just three per cent higher than the 2021 budget in terms of the size of expenditure. We also reported to council the budget deficit and the financing items for the expenditure. The budget deficit that is projected for 2022 is N5.62 trillion, up from N5.60 trillion in 2021. This amount represents 3.05 per cent of the estimated GDP, which is slightly above the three per cent threshold that is specified in the Fiscal Responsibility Act.

“The FRA empowers Mr. President to exceed the threshold. In his opinion, the nation faces national security threats. And it is our opinion on fact agreed that we can exceed. The deficit is going to be financed by new foreign borrowing and domestic borrowing, both domestic and foreign in the sum of N4.89 trillion on privatisation proceeds of N90.73 billion and drawdown from existing project tied loans of N635 billion.

Already, the 2021 budget implementation report showed that the Federal Government spent a total of N1.8 trillion on debt servicing in the first five months of the year, representing about 98 per cent of the total revenue generated in the same period. A look at the data revealed that the total aggregate revenue generated by the Federal Government between January and May 2021 stood at N1.84 trillion, representing a shortfall of N1.48 trillion compared to the expected revenue of N3.32 trillion.

What this means is that the Federal Government’s increase in debt service fee, despite low government revenue, indicates that the country is spending practically all of its revenue on servicing debts, opening the nation up to more loans in the future, especially in the area of funding for capital projects.

The recent positive rally in the global oil market has not yielded substantial growth in government revenue due to Nigeria’s reduced production quota. However, Nigeria will hope that the OPEC+ in their ongoing meetings will agree on easing the cut on oil production levels.

Papers, please: Why the UK must think again before importing US-style voter ID to Britain