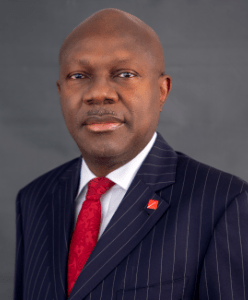 At times I’m confounded and astonished when I read some posts on the periodic exchange rates comparisons of Nigeria’s currency- the Naira to the dollar and other major foreign currencies; between 1974-2021

As head of Foreign Exchange Unit in my early banking career in the early 1980s, some of us saw the false value of our local currency, the unsustainable and profligacy of a country’s elites and governments, which imported almost everything under the sun.

Sometime during the 1970s, a certain Nigerian leader, said that Nigeria’s problem wasn’t money, but rather how to spend it. This same Nigerian leader, c1974, assisted a Carribean country to pay the salaries of it government workers.

Nigeria, rather than invest in long term revenue earning, sustainable assets and infrastructure, embarked on importing every thing imaginable- from toothpicks, toilet paper, sugar, champagne, second hand clothes, to mosquito coils and the country became a dumping destination for all manner of imports.
We consumed what we do not produce and produced what we do not consume.

Typically in the 1970s, Nigerians were the toast of the popular shopping hub on Oxford Street in London. Some shops closed their doors to other shoppers, to allow certain Nigerians shopped exclusively.

Recall that during the International Monetary Funds (IMF) debate, during the Babandiga regime, in the 1990s, some Nigerians and even some so-called seasoned economists, scuffed at Dr Kalu Idika Kalu’s structural adjustment program suggestions, which worked for the Asian Tiger nations. I should not be misunderstood that I was an advocate of availing Nigeria of the loan at that time, but the main thrust of concern is that, we should have imbibe, some of the economic discipline of a structural adjustment program, at least to curb the Nigerian lavish and vulgar propensity to consume foreign goods.

Subsequent administrations on the heels of Yakubu Gowon’s government, took the destruction on the Nigerian values and macroeconomics out of synch on how to run and develop an emerging economic giant of Africa.
Our taste for foreign goods and services skyrocketed and took a different dimension and has ever remained so till date.

My generation of Nigerians born in the 1950-60s, had our primary, secondary and university education in Nigeria- quality education, that gave us a fighting chance in life, all over the world. In fact in those days, only the very few Nigerian students who could not get admissions into the then very competitive Nigerian universities, went abroad for further studies. The best of us remained and attended the only five universities that were in existence then. The story is not the same today. It is now almost the reverse. For some, whose children and wards had to seek foreign education abroad, the fees and upkeep were/are still dollarize.
All of the above maladjustments, have continuously exerted serious pressure on the local currency. The Naira, shall remain perpetually under pressure, as long as, the country remains unproductive, relies to a great extent on the export of a mono product-oil and gas, inadequate health and education facilities. The value of the Naira, simply put, shall be determined by some underlying economic factors that determine the values of other currencies and demand and supply.

Now that the Oil boom is ebbing or more or less over, Nigeria that had gone a borrowing and as the popular saying goes: “He who goes à borrowing, goes a sorrowing”. The lenders, banks and other creditors of Nigeria have come to collect the debts owed by Nigeria- a customer that was expected to have utilized its revenues and loans prudently in order to generate the resources that would have impacted on the quality of life and human development for majority of its citizens, chose instead to throw a lavish champagne and caviar party. Instead of the banks/creditors, getting paid the overdue loan repayment, they found all the champagne and drinks consumed, the glasses broken, the cutlery stolen and the drunken debtor, laying on the floor in stupor, wondering what happened to all those guests who were goading him on and having the time of their lives.

The debt collectors, are just waiting patiently for Nigeria to recover from its hang over.

This is the sad story of a once promising Nigeria and her currency, the Naira.