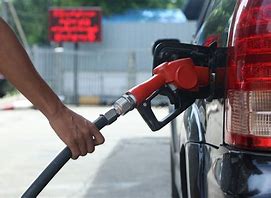 The Nigerian government spent about N756.99 billion on subsidising petrol consumed in the country from January to July this year, according to the National Nigerian National Petroleum Commission (NNPC).

The increase in global oil prices without a corresponding review of the pump price of fuel in the country has led to the resumption of subsidy payments.

The corporation, which described the payment as ‘shortfall’ or ‘under-recovery’, had left the pump price of petrol unchanged at between N162 to N165 per litre when the landing cost of imported petrol had increased to N249.42 per litre as of July 30.

The corporation said, “Out of the value shortfall of N143,286,281,752.62, the sum of N103,286,281,752.62 was applied on the gross domestic receipts before arriving at the net receipt of N67.28 billion in order to make funds available for JV cost recovery to sustain the existing production level. The balance of N40 billion will be deducted in subsequent months.

The government stalled on increasing pump price since February due to ongoing negotiations it entered with organised labour on the least painful strategy to manage the increase in the global price of crude oil, which has led to increase in petrol prices.

The Minister of Finance, Budget and National Planning, Zainab Ahmed, at the presentation of the draft for 2022-2024 Medium Term Expenditure Framework and Fiscal Strategy Paper in Abuja said the government is planning to spend N900 billion on petrol subsidy in 2022.

Ahmed stated that the amount the government had been spending on subsidizing petrol could be redirected to more productive sectors of the economy such as health, education and infrastructure.