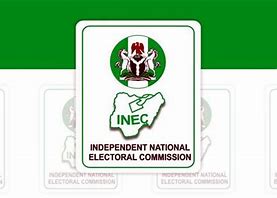 The Independent National Electoral Commission (INEC) has said the onus of having a new electoral framework ahead of the 2023 general elections resides with the National Assembly and the Presidency.

Festus Okoye, the INEC’s Commissioner, said this at the Nigeria Civil Society Situation Room National Stakeholders’ Forum on Elections on Monday in Abuja.

According to him, as far as the electoral management body was concerned, INEC was still operating with the existing electoral legal framework because the new one was not ready.

He said that there were some fundamental issues around the new electoral framework. One of the big issues as far as the electoral management body is concerned related to the deepening of democracy through the use of technology.

“That explains why as of today, political parties file particulars of their nominated candidates electronically, they no longer come to our office with documents.

“INEC is the first electoral management body in Africa to introduce online voter registration exercise and based on this you can see the astronomical rise in the number of young persons who have done their pre-registration before capturing their biometrics.

“Now, what is it in the new electoral bill that is different? Prior to this particular period, the uploading of polling units results was just for public views.’’

Okoye said that the second issue related to internal democracy in political parties had been very challenging and difficult to handle.

He said that looking at the existing electoral legal framework, two methods of voting in primary elections have been imputed there, direct and indirect primaries.

Okoye said that parties have conducted direct primaries prior to this particular period and the INEC had monitored both direct and indirect primaries.

“We are not going to give them ballot boxes this time around; they are the ones who are going to secure the electoral environment, our function is to monitor what they have said they are going to do.

“Not until the political parties bring out their own design which the new electoral framework says they should bring out, there is no way we can put cost or even personnel to the number we are going to deploy,” he said.

The Role of Tribalism and Nepotism in Nigerian politics