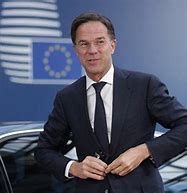 The  Netherlands has seen a vast amount of investment from UK business, which have flocked to the continent in the wake of Brexit, a new investigation has found. It comes as the UK and Brussels continue to eyeball each other over a series of details contained in the exit deal, including the Northern Ireland Protocol.

The European Commission vice-president Maroš Šefčovič this weekend called on Brexit Minister Lord David Frost to end what he called his “political posturing” over negotiations on Northern Ireland.

Heated talks over a dispute on checks and controls on goods going from Great Britain to Northern Ireland surfaced earlier this year when the Trade and Cooperation Agreement (TCA) officially came into effect.

It set out arrangements in areas such as trade in goods and services, digital trade and fisheries, among other things, and is underpinned by the safeguarding of a level playing field and respect for fundamental rights between the two powers.

For many businesses, the most important aspect of the TCA was the continuation of free trade.

However, according to a recent investigation by Channel 4’s Dispatches, a portion of small to medium sized UK businesses are no longer able to trade freely with Europe

This is because of the introduction of a slew of new administrative and customs costs.

New customs declarations alone are believed to add around £15billion on to UK-EU trade, the charges affecting UK exporters and EU importers.

This has led many in the UK who own small to medium-sized businesses to relocate to the EU in order to continue frictionless trade.

Harry Wallop, Dispatches’ presenter, travelled to the Netherlands to talk to UK-based retailer British Corner shop after it secured a Dutch distribution hub this year.

The Dutch government’s Foreign Investment Agency says it has never experienced so much interest from British firms seeking to open up a base in the Netherlands like British Corner Shop.

Hilde van der Meer, a commissioner at the agency, told Mr Wallop that the Netherlands was experiencing a “large influx of British companies since Brexit”.

She said: “We are in talks with about 600 companies.

“In the past year, around 6,000 jobs have been created and will be filled in the years to come.

Mr Wallop asked: “So over half a billion euros has been created by British companies coming over here and investing in the Netherlands?” to which Ms van der Meer replied: “Yep, it’s a large sum of money.

She went on to add that Brexit has been “good news” for the Dutch economy.

A Government spokesperson told Dispatches: “The zero tariff quota deal with the EU means we can now regulate in a way that suits the UK economy and UK businesses doing things in a more innovative and effective way, without being bound by EU rules, and seize trade opportunities around the world.”

While it is true that the new opportunities could benefit British businesses, many appear eager to trade as they did before January 1, 2021.

Naira appreciates at N394/$1 in Import and Export window