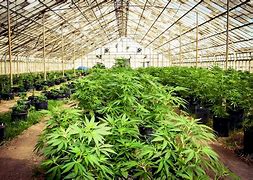 The chairman and chief executive officer of the National Drug Law Enforcement Agency (NDLEA) Brag. Gen. Buba Marwa (rtd) has disagreed with Ondo State Governor Rotimi Akeredolu and some House of Representatives members that have been pushing for the legalisation of cannabis in Nigeria.

Akeredolu had urged the Nigerian Government to jettison traditional orientation and “archaic” sentiment that said that cannabis is a ‘devil’s plant’.

The Governor at Stakeholders’ Roundtable on the “Benefits and Opportunities of Cannabis Plant in Nigeria” recently urged the Nigerian government to give legal backing to cannabis to enable its use in Nigeria, saying “cannabis is a multi-billion naira industry that can help diversify the Nigerian Economy if judiciously utilised.”

The National Assembly also has been making moves for the legalisation of the illicit substance under the guise of its economic value.

However, Marwa who spoke at a press briefing to unveil the week-long program of activities in commemoration of the UN International Day Against Drug Abuse and Illicit Drug Trafficking in Abuja on Monday, said it is a matter of life and money, adding that

it is like seeing fire and plunging into the flame, he said the agency would rather choose life.

“I had the honour to address the Governors forum virtually sometime ago and most definitely the Governor of Ondo brought this matter,” Marwa said.

“I can only speak facts. When you plant cannabis yes you sell it and get Billions of Naira but the issue is between life and Money. Life and money which one will you chose? We will choose life.

“Ondo State is the greatest grower of this illicit substance and the NDLEA will continue to burn any farm that we find and arrest the perpetrators. “It is dangerous it is bad for our health and we will not agree as far as we are concerned.”

“I am aware that in the House of Representatives a movement is on by a particular committee to legalise cannabis. That is absolutely within their rights But I doubt if it will be passed.

“Now there is no confrontation or would there ever be between the NDLEA and the Governors forum. To the best of my knowledge it is only one Governor that is pushing for this cannabis matter.

“If you do your arithmetic one divided by 36. He has his absolute right as a Governor to fend for his State. But the law in Nigeria has cannabis as one of the illicit substances and as I mentioned earlier it is between money and life. I think we will choose life.”

He said a global drug survey which is one of the evidence-based documents that the Agency uses, has it that 10.6m Nigerians use cannabis.

“And if you look at the world’s Cannabis report 2019 it is not 10.6m it is actually 20 million Nigerians. Nigeria is the country with the highest population of people using this drug,” Marwa said.

“Always know that it has mind-altering substances. Even the Schedule one 1961 convention, schedule 4 of the United Nations said Nations must continue to exercise strict control over cannabis because of the negative consequences.”

“The WHO itself made the Statement that Cannabis still has health issues and we all know that, why will you see fire and go into it. Yes the issue of the use of cannabis for medicinal purposes is approved in some countries not in all.

“Now we have to look at our own circumstances here.

“It is possible a time will come for us to have a rethink but this is not the time. “This is definitely not the time for Nigerians with the highest prevalence of the use. Go to Lagos State the drug use prevalence is 33% from that survey. Most of that is from cannabis and the Southwest itself.”

On the insinuations that the Staff of the agency engages in the selling of exhibits to the users, Marwa said, “NDLEA Staff don’t sell our exhibits when we seize they are properly documented in each State command under the direct control of the State commander.

“The day will also feature a guest lecture and the unveiling of the National Drug Control Master Plan (NDCMP) 2021-2025. “

Govt officials’ estacodes, others gulp $3.9bn in one year – Report