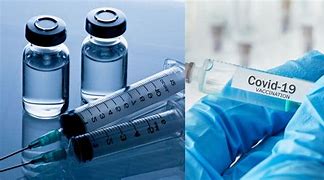 The NCDC disclosed this on its official website on Wednesday morning.

The News Agency Of Nigeria(NAN), reports that the new infections indicate a decline from the 161 cases recorded a day earlier.

The NCDC said Lagos State, the epicentre of the deadly virus recorded 119 cases, followed by Akwa Ibom-11, Rivers-six, Ekiti-four,
Ogun-four, the FCT and Gombe reported two each while, Kwara state registered one.

“Our report includes; five cases from Oyo state for July, 11,” it stated.

The centre noted that 147 people who recovered from the infections have been discharged from isolation centres across the country.

The NCDC said that till date, 164, 623 people have been discharged.

It also said that 2,125 deaths recorded in 36 states and the Federal Capital Territory.

Meanwhile, the NCDC said that with the detection of the Delta Variant of COVID-19 in the country, it was important that Nigerians continue to observe non-pharmaceutical or public health measures such as wearing of face mask, social distancing and hand hygiene in order to curb the transmission of the virus.

New WHO Hub will enable better preparedness for pandemics — Ihekweazu