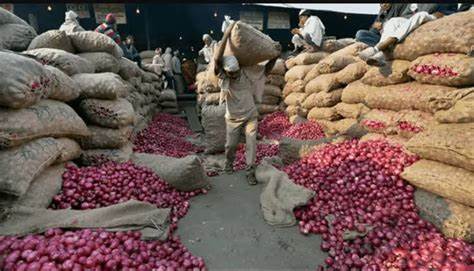 The Executives of the National Association of Onions have made known their decision to stop the delivery of onions to the south on Monday 7th June 2021 if their demands are out rightly denied.

This decision to stop the supply of onions to the South East was prior to the recent challenges onions producers and marketers faced in the South east in the last few months which resulted to the Killings of members of this association including massive loss of onions and other properties.

Speaking on behalf of the National Association of Onions, the National President of the Onions Producers ,Aliyu Isa Umar disclosed this to news men that the association has concluded on its decisions to shut down total supply of onions if their conditions are not considered by the Federal and state government.

” We are calling on the good people of the southern part of Nigeria to live with the Hausa Community in Peace as we are only as we only there for our lawful businesses .”

He further stated that they are calling on the state committee to collaborate with the Federal Government to find out the root causes of the recent incidence that has sadly led to the loss of lives and properties of the onions association members by setting up a committee that can look into this.

He vividly noted that failure of the Government to adhere to their demands would result to a total shut down of Onions supply by Monday 7th June 2021 and a non- movement of onions truck supply on Friday 11th of June 2021.