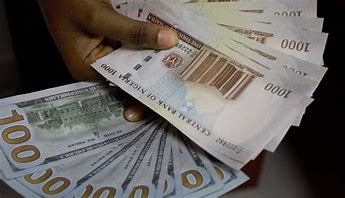 The Nigerian currency weakened further against the dollar at the parallel market on Monday despite the rise in the country’s foreign exchange reserves.

The forex reserves, which fell to a record low of $33.09bn on July 12, have risen to the highest level in more than three months.

Recall that on Friday the naira plunged to a fresh record low of 530 against the dollar on Thursday amid the lingering scarcity of forex in the country.

The value of the naira fell further to 532/$1 at the parallel market on Monday.

The local currency has lost more than five per cent of its value since August 4, when it closed at 506/$1.

The naira dipped to 723 against the British pound sterling at the parallel market from 722/£1 on Friday, while the euro rose to N625 from N622.

The country’s external reserves, which have been risen consistently since August 25 after wobbling for several weeks, hit $34.26bn last Friday, highest since May 26, according to the CBN.

The naira had strengthened to 506/$1 on August 4 after plunging to 525/$1 at the parallel market on July 28, a day after the Central Bank of Nigeria stopped foreign exchange sales to Bureaux de Change.

The CBN Governor, Mr Godwin Emefiele, had on July 27, at the end of the Monetary Policy Committee meeting, announced the stoppage of forex sale to the BDCs, saying they had turned themselves into “agents that facilitate graft and corrupt activities of people who seek illicit fund flow and money laundering in Nigeria