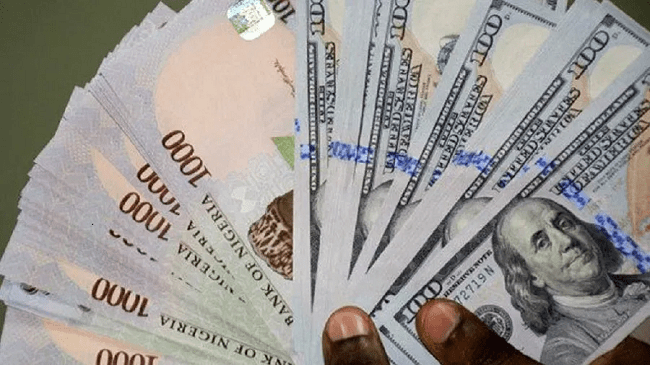 The Naira gained 3.6 percent to trade at N540/$1 at the parallel market, this comes after almost four months since the Central Bank of Nigeria (CBN) halted the sale of FX to Bureaux De Change (BDCs) operators.

The local currency saw a N20 appreciation to close at N540 on Wednesday having started the business week at N560 on Monday.

According to Bureaux De Change traders in Lagos, the market had been recording massive gain against the Dollar since the previous week.

A BDC operator Abubakar Salisudisclosed that operators are very reluctant to sell or buy at any certain rate except they get accurate confirmation from other operators.

In July, the Central Bank of Nigeria had accused BDC operators of working as conduits to launder money for corrupt people in Nigeria.

The Governor of the apex bank, Godwin Emefiele, had stated that the CBN got about 5,000 applications monthly for BDC registration, adding that the operators are making efforts to dollarize the Nigerian economy.

In September, the CBN also went after the founder of abokiFX, Oniwinde Adedotun, the platform reports movements in the foreign exchange market since as early as 2014.

This led the management of AbokiFX to suspend the data information segment of its platform.

During his speech at the ongoing Paris Peace Forum on Wednesday, the CBN Governor stated that the country’s forex reserves above $40 billion can serve to investors’ repatriation of profit.

The apex bank had since July halted the sale of forex to BDCs, the nation’s foreign reserves rose by $8.49 billion from $33.3 billion to $41.8 billion.