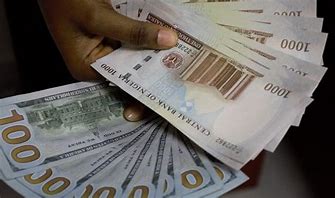 The naira appreciated against the dollar at the parallel market on Monday as deposit money banks set up foreign exchange teller points for customers in line with the directive from the Central Bank of Nigeria.

The naira strengthened to 512 against the greenback at the parallel market from the 515/$1 at which it closed on Friday.

The local currency had last week plunged to an all-time high of 525 against the dollar at the parallel market following the stoppage of the supply of foreign exchange to Bureau de Change by the CBN.

The CBN Governor, Mr Godwin Emefiele, had on Tuesday, at the end of the Monetary Policy Committee meeting, announced the stoppage of forex sale to the BDCs, saying they had turned themselves into “agents that facilitate graft and corrupt activities of people who seek illicit fund flow and money laundering in Nigeria”.

He said the CBN would channel a significant portion of its weekly allocation currently meant for BDCs to commercial banks to meet legitimate forex demand for ordinary Nigerians and businesses.Guaranty Trust Bank Limited, in an emailed message to its customers on Saturday, announced that it had set up forex teller points for customers.

According to the News Agency of Nigeria, officials at the banks visited said that a dollar was being sold for N412.

NAN noted that checks at Fidelity Bank, Keystone Bank and Zenith Bank branches in Abuja showed that they all had designated teller points for forex transactions.While confirming that the dollars was selling at N412/$1, officials at the visited banks disclosed that each traveller was entitled to buy $4,000 per quarter for personal travels and $5,000 per quarter for business travels.

NIGERIA AND THE BURDEN OF THE PARÍS CLIMATE ACCORD

The Spate of Insecurities in Imo; Uzodinma And Bandits: The Issues And The Suspicions