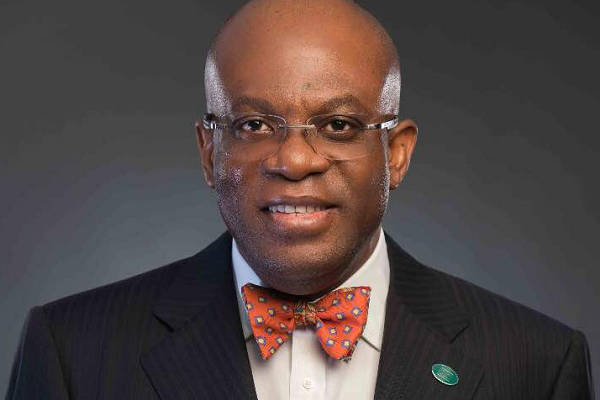 Justice Rilwan Aikawa of the Federal High Court, Lagos, has discharged and acquitted the immediate past President of the Nigerian Barr Association (NBA) Paul Usoro, SAN, of the N1.4 billion money laundering charge.

Justice Aikawa absolved Usoro of the charges filed against him by the Economic and Financial Crimes Commission (EFCC) on Friday.

The judge held the anti-graft agency failed to establish any prima facie case against Usoro that could warrant him to enter a defence.

The judge made the decision while ruling on Usoro’s “no case” submission.

He noted that the penal code, under which the NBA chieftain was charged, is not applicable to southern states, i.e Lagos and Akwa-Ibom, which were said to be the locations of the alleged offences.

“On the whole, I hold that the prosecution has failed to establish any prima facie case.

The defendant had on February 25, filed a no case submission where his counsel Effiong O. Effiong SAN contended that the EFCC called only two witnesses and closed its case because, according to him, it knew it didn’t have any case against the defendants.

The EFCC had on February 18 closed its case after calling two witnesses.

Effiong prayed the court to allow the no-case submission.

He also asked the court to order the defendant to enter his defence.

The agency arraigned Usoro on December 18, 2018 before Justice Muslim Hassan on a 10-count charge.

He pleaded not guilty to all the counts.

The case was transferred to and the lawyer was subsequently re-arraigned before Justice Aikawa on a charge marked FHC/418c/18, which alleged that he committed the offence on May 14, 2016.

Also mentioned in the charge, was the Governor of Akwa Ibom State, Emmanuel Udom, who was described as being “currently constitutionally immune from prosecution”.

The aforementioned names were described in the charge as being at large.

But on July 17, 2020 the Court of Appeal sitting in Lagos struck out four of the 10-count N1.4billion money laundering charge which particularly alluded to the governor’s involvement in the alleged crime.

Thus, Udom was excluded from the proceedings.

In what was left of the charge, Usoro was alleged to have conspired to convert the sum of N1.4 billion, property of Akwa Ibom State Government, which sum they reasonably ought to have known formed part of the proceeds of an unlawful activity.

In his testimony before the court, an EFCC investigating officer Abdulrahman Arabo said that Udom hired Usoro who, in turn, invited other SANs to join him at the Election Tribunal where his victory was being challenged in 2015.

The EFFC witness also testified the sum of N1.4 billion legal fee paid to the SANs was drawn from the treasury of the Akwa Ibom State’s account.