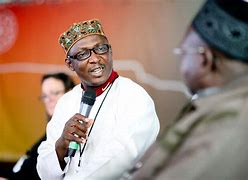 The Chairman of Christian Association Of Nigeria, Kaduna Chapter, Reverend John Joseph Hayab who is a parent to one of the 25 escaped students has narrated what his son told him about the warning letter sent to the school by the bandits.

In an exclusive interview with Arise TV Morning Show on Wednesday, Reverend John Hayab said the kidnappers had sent a warning letter to the Bethel Baptist School that they were coming to carry out the kidnapping operation on Tuesday.

He noted that instead of the Tuesday notice given by the bandits, the kidnapping happened on Monday.

He however noted that the school management dismissed the warning letter because they thought it was a plot by the final year students to postpone their examination.

“I must emphasize that the bandits sent a warning letter through the students that they would be coming on Tuesday. But they came on Monday. My son told me that the school management dismissed the warning letter and thought the final year students were just scared of writing their examination”.