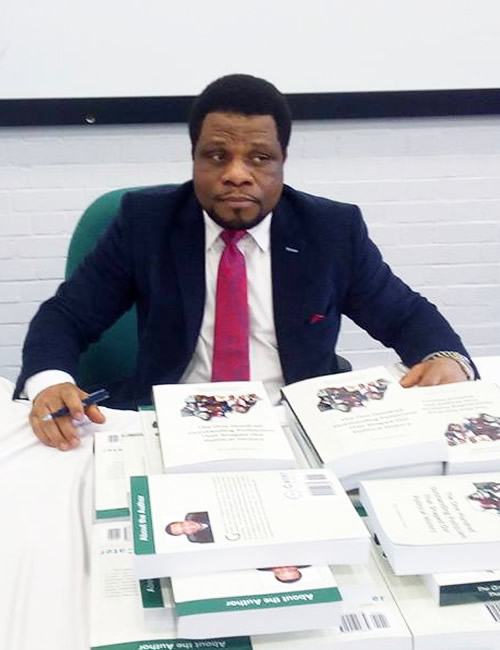 The Force of Electoral Power in Democracy

Politics as a game of rational choice, why choice is key determinant factor in selecting or electing democratic leadership and government.

Politics arises because groups of people have to do things together to achieve shared goals such as building a bridge, a community, or under certain circumstances, even to survive. There are things that we cannot achieve when we remain “unorganized.”To accomplish the objectives of securing public goods, leaders are selected, and rewarded, taxes are demanded, and political competition arises. Indeed, politics is often so nasty that some become anarchists and argue that politics can’t possibly be justified by the welfare needs of the group members.

Democracies are predicated on the notion that the political is justified by the welfare of the citizens. First it claims that “all men are created equal, that they are endowed by their Creator with certain unalienable rights, which among these are life, liberty and the pursuit of happiness.”  (American Constitution). thus, the Nigerian constitution has changed over-time but it still maintain a smaller context which states that all Nigerians irrespective of their ethnic, religious or political affiliation are bound by the constitution “That all men are equal, with the to life, respect of dignity, entitled to personal liberty and freedom” (Nigerian Constitution). “That to secure these rights, governments are instituted among men, deriving their just powers from the contract of social order.

The ‘theory of rational choice presumes decisions to be the result of conscious choice made by individuals to further the realization of their own preferences.

The definition of se lf-interest is not caring for the welfare of others when their welfare doesn’t impact yours directly. Acting in the way that is most personally beneficial. Adam Smith, the father of modern economics, famously explained that it is possible to achieve the best economic benefit for all even when, and in fact because, individuals tend to act in their own self-interest. Then self-interested behaviour will be behaviour motivated so that an individual would bear no costs to help (or hurt) someone else, unless doing so would lead to some expected benefit for herself.

ssA collective interest is a group of entities that share or are motivated by at least one common issue or interest, or work together to achieve a common

there are three ways of identifying individual and collective interests. The first is the sympathetic fusion of interests; it supposes that individual interest is not selfish interest. The second concerns the natural identification of interests: if every one were to spontaneously act in an ethic manner.These two approaches are however insufficient. Bentham devotes the principal part of his work to developing the third approach embedded in his philosophy of law: the artificial identification of interests.

The second approach to consideration of the gap between individual and collective interests is to focus on the case of artificial identification of interests.

Preferences are the term we use for values people place on outcomes, and alternatives from which they are to choose. But preferences don’t get us very far unless we make assumptions regarding their properties. For example, if we argue that our preferences vary from moment to moment, that they are unstable, and contradictory we would have a less useful theory of behaviour built on the foundation of preferences. A set of assumptions must underline our concept of preferences. We assume that people’s preferences are well ordered and stable in any choice context or situation.

it’s very obvious that the level of preference differs from the political and economic spectrum. The behavioural mode and reactionary mode of voters on both side shows that the concept of preference is more fourth-coming in British politics than it is with the Nigerian politics. The reason why there is a consistent change of government and governance base on peoples preferences. CHOICE

Choice by the individual is presumed to follow her preferences but there are other variables that must be considered. So, for example, you may prefer to win the lottery rather than to pay for a bus ride, but since the cost of the lottery ticket can also lead you to gain nothing, you may find that the gamble isn’t worth it. Your valuation is modified by the probabilities that are involved in a manner reflecting on the expected values as defined above. Similarly, you may wish to purchase both the bus ride and the lottery ticket, but discover that you don’t have enough money in your wallet. Thus, your choice is constrained by the resources available to you. When it comes to the effective use of one’s voting right (One Vote Many Choice), the determinant of one’s vote is the thought-mind as influenced by the visual/vocal expression within one’s environment.

In other words, persons make choices over actions, to obtain valued outcomes , the ends must justify the means). The choices are made in some sort of constrained environment – usually by three things: a defined set of outcomes, a budget or resource constraint, and some set of costs or prices.

Thus, the differentiation is politicking between Nigeria and Britain is very wide, in terms ideological expressions and understanding which leads to a preponderant political party choice based on attributes and expectations.

THE LOGIC OF COLLECTIVE ACTION

We turn our attention to politics under two circumstances. Politics is vital when people share interests that are worth pursuing as a group but are too costly for any one individual or family to undertake alone. Politics also grabs our attention when politicians achieve things that are not in the people’s interests.

Politics enables us to achieve together what we can’t achieve separately. This view enables us to connect the premises of rational choice with the political life we all observe. Mancur  Olson, in the opening of his 1965 blockbuster, The Logic of Collective Action said: “The idea that groups tend to act in support of their group interests is supposed to follow logically from this widely held premise of rational, self-interested behaviour . But it is not in fact true that the idea that groups will act in their self-interest follows logically from the premise of rational and self-interested behaviour. The notion that groups of individuals will act to achieve their common or group interests, far from being a logical implication of their individual interests, is in fact inconsistence

We can see that groups can overcome inherent difficulties involved in providing themselves with public goods.Solving the dilemmas to achieve shared goals usually requires collective choice: a centralized decision. Rarely is collective choice of any sort easy to come by. Frequently more is needed than making sure the group is organized to collect and apply resources needed to carry out collective projects.

We humans have a long and difficult history trying to engineer ‘good’ political systems to reach collective choices. We have ruled ourselves with various sorts of regimes, which we might divide into two overly broad classes: authoritarian and democratic. Civilization did not require democracy. But it did require an element of decent government. Since a degree of general prosperity is needed for the leaders, even the rare Stalins and Caligulas of the world have to consider constraints to their behaviour in order to bolster the welfare of their citizens.

This is a continuous work on the role and impact of choice in the process of political actions both in developed democracies and emerging democracies.

Nigerian Democracy and Political Personalities: The one hundred outstanding politicians that shaped our political history (Volume 1)