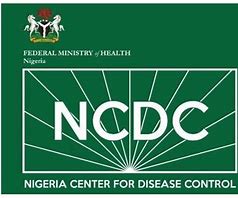 The Nigeria Centre for Disease Control (NCDC) has stated that Nigeria needs to show “strong political commitment” in addressing the challenge of meningitis.

The disease is reported to have affected fifteen states across the country.

The Director-General of the NCDC, Chikwe Ihekweazu, on Wednesday, lauded the World Health Organisation (WHO) on the recent launch of the roadmap aimed at defeating meningitis by 2030.

NCDC DG described meningitis as a serious challenge while calling for efforts to be stepped up across states to prevent the spread of the disease.

“The launch of the roadmap by the World Health Organisation (WHO) on the 28th of September 2021 illustrates significant commitment towards meningitis control. This is especially critical for Nigeria as meningitis remains a major public health challenge,” the statement reads.

“Although Nigeria has implemented interventions including the introduction of the Meningitis A Conjugate vaccine in the routine immunization schedule, the country records annual large outbreaks of meningitis.

“Since the 2016/2017 meningitis outbreak in Nigeria that led to over 1,160 deaths, NCDC has continued to work closely with states within the meningitis belt. With support from WHO and partners, our support is towards strengthening preparedness, detection and response to meningitis.

“Some of the interventions led by NCDC include the training of clinicians on case management of meningitis and lumbar puncture to increase the rate of confirmation of cases.

“Additionally, NCDC has coordinated the establishment and operationalization of a network of laboratories with the capacity to confirm cerebrospinal meningitis.

“To enable this, NCDC continues to support human resource training, provision of medical and laboratory supplies, development and dissemination of disease guidelines among other activities.

“The successful implementation of the global strategy to defeat meningitis will depend on strong political commitment and a whole-of-society approach at the country, regional and global level.”

The “highest burden” of infections leading to meningitis is said to be more pronounced in the 19 northern states and the federal capital territory (FCT).

According to the NCDC, peak period for the disease is between January and March, but infections can be recorded in other months.

“It is characterised by acute severe infection of the central nervous system causing inflammation of the meninges with associated morbidity and mortality,” the statement reads.

“The most common symptoms and signs are fever, headache, nausea and vomiting, photophobia (sensitivity to light), neck stiffness and altered consciousness, confusion or difficulty concentrating, seizures, sleepiness or difficulty waking.

“Transmission is through direct person-to-person contact, including droplets from the nose and throat of infected persons. Transmission is facilitated by close and prolonged contact (such as sneezing and coughing), smoking, overcrowding, while certain climatic conditions like dry season, where winds, cold nights, and associated upper respiratory tract infections combine to damage the lining of the nasopharynx.”