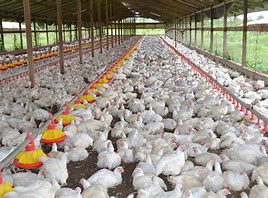 Some poultry farmers in Lagos state are lamenting over the recent bird flu outbreak across the country and have called for improved biosecurity measures in the poultry farms.

The poultry farmers lamented the impact of the recent bird flu outbreak in the poultry sector in separate interviews with the News Agency of Nigeria (NAN) on Monday in Lagos.

Mr Emmanuel Iregbeyen, poultry farmer at the Aiyedotu Poultry settlement at Ojo Local Government Area of the state, said the disease outbreak has had a devastating effect on farmers.

“Bird flu has been a devastating experience for affected poultry farmers, the cluster of farmers around where I raise my birds were also affected with heavy losses.

“About 70 per cent of poultry farmers in our settlement have been affected by the flu outbreak, we are only operating at 30 per cent capacity now. It has not really been a pleasant experience for us with heavy losses on all sides, affected poultry farmers are barely trying to survive,’’ Iregbeyen said.

He said that that government has promised to pay some compensation to the affected farmers though it may take months to process.

On her part, Mrs Theresa Muyi, a farmer at Alimosho Local Government Area, said farmers in the area have stepped up biosecurity measures to prevent the outbreak of the disease in the LGA.

“In our settlement, we have not been affected by the bird flu outbreak but we are taking extra biosecurity measures to prevent it in our farms., like fumigating in and around the farm areas.

“We also restrict the movement of people in and around our farms. Although we have not experienced the disease outbreak in the Alimosho area, we are proactive to prevent it from happening here,” Muyi said.

Mr Joel Oduware, a poultry farmer and processor, blamed the outbreak of the bird flu on the smuggling of almost hatched eggs, warning farmers to be wary of where they source their eggs.

He suggested “The bird flu outbreak may have begun from the genetic breeder flock and then spread to the commercial breeder flock.

“Also the importation of non-regulated ‘hatchable’ eggs into the country may also be a reason for the outbreak of the bird flu in some parts of Nigeria.

“Following the bird flu outbreak in some parts of the country, with time we may experience scarcity or lack of poultry produce.

Warning farmers to be wary of where they get ‘hatchable’ eggs, he said it could be counterproductive when hit by bird flu which may result in huge economic losses.