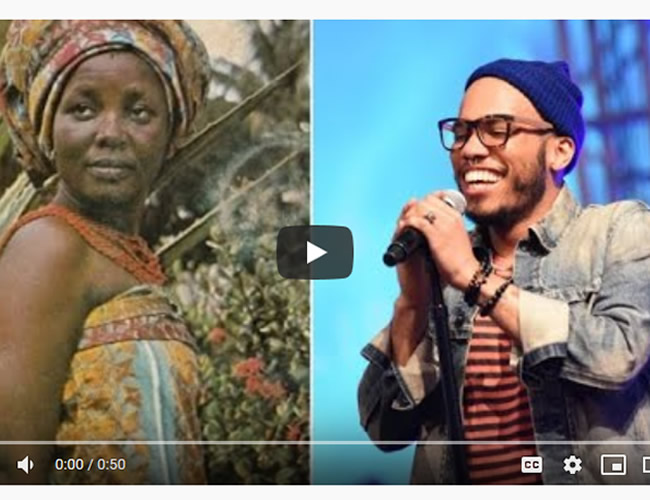 In a specially recorded message for the occasion, she has sent out a very special thanks from London, to American singer, rapper, songwriter, record producer and multi-instrumentalist Anderson Paak, for sampling her 1970’s track “Ere yon” on his track “Savier’s Road” which featured on the album ‘Oxnard’.

Paak, released his debut mixtape, O.B.E. Vol. 1 in 2012, and went on to release Venice in 2014. He later followed up with Malibu, in 2016, which received a nomination for Best Urban Contemporary Album at the Grammy Awards followed by Oxnard, in 2018 and Ventura, in 2019. At the 61st Grammy Awards, Paak won his first Grammy award for Best Rap Performance with the song “Bubblin”. He again won a Grammy Award in 2020 for “Best R&B Album” with Ventura and one for Best R&B Performance for “Come Home” (feat. André 3000).

Apart from her renowned work in television, Julie Coker released three albums under E.M.I. Music Nigeria and was an actress in the 1975 film, Dinner with the Devil .

A compilation record of seven songs was released by Kalita Records in 2019. They were the four recordings from ‘Ere Yon (Sweet Songs)’ and three from ‘Tomorrow’, these of course include single ‘Ere Yon’, which was re-interpreted by Anderson Paak as “Savier’s Road” on his album ‘Oxnard’ – globally released on Dr. Dre’s ‘Aftermath’ imprint, also on this compilation was the lost Afro disco classic ‘Gossiper Scandal Monger”

In her personal history, back in 1957, she represented her school in a festival of arts that was featured in the Daily Times Newspaper. After she left secondary studies, Coker began teaching at a convent in Warri, it was during this period she noticed an advertisement for a Miss Western Nigeria competition. Coker entered and won the competition in 1958, that same year, she was a runner-up at the Miss Nigeria contest.

She is the mother of two sons Michael and Richard. Along with Nephew Events Maestro Baba Epega, and nieces Property Developer/Financial Advisor Yewande Epega, Media Consultant/Producer Jayjay Epega, Richard’s brother Director/Senior Consultant Meshack Enahoro and cousin Benjamin Awiri in 2004, she set up “The Richard Coker Foundation”, a not-for-profit organisation named after her dear son Richard Coker-Enahoro who passed away as a result of Sickle Cell Anaemia. The Foundation was set up with the aim of helping underprivileged children in urban areas and aiding in the understanding and eradication of Sickle Cell Anaemia Disease.