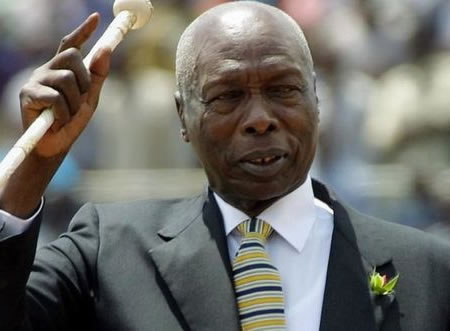 Mr Moi was Kenya’s longest-serving president. He was in office for 24 years, until intense pressure forced him to step down in 2002.

His critics saw him as an authoritarian ruler who oversaw rampant corruption, but his allies credited him for maintaining stability in the country.

In 2004, Mr Moi asked for forgiveness from “those he had wronged”.

What has been the reaction?

President Kenyatta has declared a period of mourning, including the flying of flags at half-mast, until a state funeral is held for Mr Moi. No date has been set for the funeral.

Mr Kenyatta said the continent was “immensely blessed by the dedication” of the late president, who spent “almost his entire adult life serving Kenya and Africa”.

Kenya’s former Prime Minister Raila Odinga, who was detained by the Moi regime for campaigning for multi-party democracy, praised him for introducing “incremental” reforms said that in retirement the former president had “conducted himself with complete dignity befitting an elder statesman”.