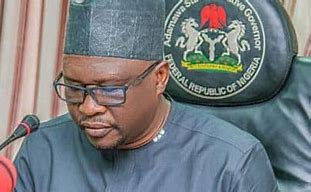 Adamawa State has announced its preparedness to consider the stance of Rivers State Governor Nyesom Wike on the collection of Value Added Tax (VAT) in the state, making it the first northern state to show interest in the move.

The Rivers Division of the Federal High Court in August held that the state government should take charge of VAT instead of the federal government, after Mr Wike’s administration filed a suit seeking the power to do so, over illegality claims.

The court, presided by Justice Stephen Pam, noted that the Rivers government and not the Federal Inland Revenue Service (FIRS) was authorised to collect VAT.

Mr Wike subsequently signed into law the bill on VAT collection in the state. Also, the Lagos State House of Assembly commenced the move to enact a VAT law.

This comes even as FIRS opposed the ruling, as it already filed an appeal against it.

“Anything to extend and improve on our IGR is welcomed. So, we are keen on joining the River State Government should the Federal Government appeal the judgment, which granted Rivers State the right to collect VAT in its domain,” Mr Kumangar said in an interview with punch.

The Director-General who explained that the state was overstretched by impact of COVID-19 and insurgency, said the court’s ruling on tax collection by states rather than the federal government will enable states with financial challenges to extend their IGR.

“Whatever will bring improvement to the IGR is a welcome idea for an insurgency ravaged state like Adamawa,” he reiterated.

He stressed that tax collection by states “is the only way to assist the states, which are heavily dependent on federal allocations, to be able to wean themselves and meet their financial obligations to the citizens.”

Mr Kumangar further maintained that “if there are areas where revenues can be exploited and extended, surely the state government will welcome it. Surely it’s a case of interest to us and we would like to be joined.”

Meanwhile, Gombe State governor admonished Wike to reconsider his stance on tax collection, arguing that it will have adverse effects on his state and others.

“The VAT issue will have adverse effects not only on Gombe State but almost all the states of the federation,” according to the state’s Commissioner for Finance and Economic Creation, Muhammad Magaji.

On the other hand, Governor Aminu Masari saidKastina was appealing against the ruling by the court.

Diplomats without borders. A tribute to two outstanding Ambassadors.