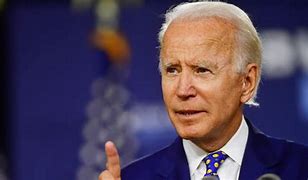 Haitian President Jovenel Moïse was shot dead by unidentified attackers in his private residence overnight in a “barbaric act,” the government said on Wednesday, stirring fears of escalating turmoil in the impoverished Caribbean nation.

The assassination coincided with a wave of gang violence in the capital Port-au-Prince as armed groups have battled with police and one another for control of the streets in recent months, turning many districts of the capital into no-go zones.

“We are shocked and saddened to hear of the horrific assassination of President Jovenel Mo?se and the attack on First Lady Martine Mo?se of Haiti,” he said.

“We condemn this heinous act, and I am sending my sincere wishes for First Lady Mose’s recovery. We stand ready to assist as we continue to work for a safe and secure Haiti,” Biden said.

Haiti’s interim prime minister Claude Joseph condemned the president’s assassination as a ?hateful, inhumane and barbaric act and said that the police and military were in control of the country’s security.

“The country’s security situation is under the control of the National Police of Haiti and the Armed Forces of Haiti. Democracy and the republic will win,” Joseph said in a statement.