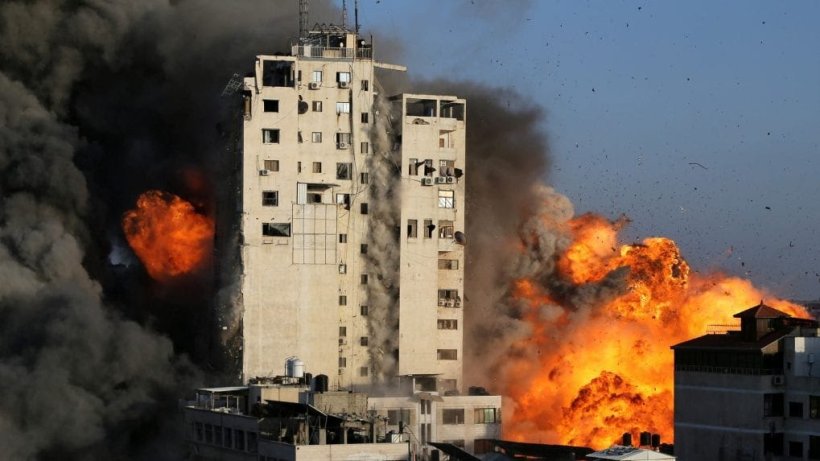 US president Joe Biden has called for the need to ceasefire.

Over 200 Palestinians including 57 children have been declared dead in the recent conflict between Israel and Palestine.

The US president reiterated his firm support for Israel’s right to defend itself against indiscriminate rocket attacks.

He encouraged Israel to make every effort to ensure the protection of innocent civilians. The two leaders discussed progress in Israel’s military operations against Hamas and other terrorist groups in Gaza. The president expressed his support for a ceasefire and discussed US engagement with Egypt and other partners towards that end.

Israeli reports quoting military officials, suggested that Israeli forces wanted to continue their military operations for another day or two before withdrawing. Meanwhile, the US blocked – for the third time in a week – the adoption of a joint UN security council statement calling for a halt to Israeli-Palestinian violence.

It was unclear how many people might have been killed. During the past week, Israeli attacks have destroyed a health clinic, hit the home of an aid worker, killed two doctors, destroyed high-rise residential towers, blown up a mattress factory and flattened the offices of international news organisations.Israel says its strikes target militants. Hamas, the Islamist group that rules inside the strip, has stationed its fighters in and fired rockets from civilian areas. Ten people in Israel, including two children, have been killed by militants, who have launched more than 3,000 rockets during the past week.President Abdel Fatah al-Sisi of Egypt, which has long acted as a mediator between Israel and Hamas, said on Monday a ceasefire could be within reach. “Hope still exists that a collective action could end the conflict.”

Prime Minister Benjamin Netanyahu says Israel will “continue to strike terror targets” in the Gaza Strip after a week of fighting with Palestinian militants. In an address after meeting with top defense officials, Netanyahu said Monday that Israel will “continue to operate as long as necessary in order to return calm and security to all Israeli citizens.” The fighting broke out May 10, when Hamas fired long-range rockets at Jerusalem after weeks of clashes in the holy city between Palestinian protesters and Israeli police.