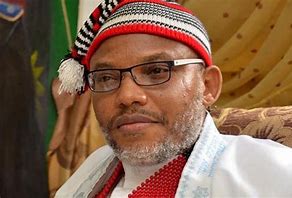 Counsel to Mazi Nnamdi Kanu, the leader of the Indigenous People of Biafra (IPOB), Mr. Aloy Ejimakor has opposed the application by the Federal Government and the Attorney General of the Federation (AGF) seeking for extension of time at the High Court of Abia State.

The defendants, in the application dated October 6, 2021, want the leave of court to enter their defence after exhausting the period allowed by the rules to do so in a suit filed by Kanu against them and six others at the court.

The fundamental rights enforcement suit filed by Ejimakor on behalf of Kanu is primarily aimed at securing the release of Kanu from detention and halting his prosecution.

Ejimakor who cited statutory and judicial authorities that disallowed inordinate delays in hearing cases of fundamental rights, especially in situations where the applicant is in detention, wondered why it took the defendants over one month to respond to the suit.

“It beggars belief that it took Nigerian government and the office of the AGF with presumably thousands of lawyers almost one month after being served a fundamental rights suit to prepare a counter-affidavit,” he wondered.

Kanu had in August 2021 approached the Abia High Court to enforce his fundamental rights, following the military invasion of his Umuahia home in 2017 and his extraordinary rendition from Kenya in June 2021.

According to court processes, the defendants were served on September 10, 2021, which implied that they had five days from the date of service to reply to the suit in accordance with fundamental rights enforcement procedures.

Pointing out that the five days expired on September 15, 2021, Ejimakor argued that the application for extension of time filed on October 6 by the defendants was belated, but urged the court to exercise its discretion in respect of the application.