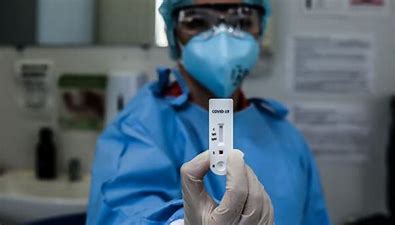 The United States and other countries have called for a more in-depth investigation of the pandemic origins, after an international mission to China earlier this year proved inconclusive.

Addressing the World Health Organization’s main annual meeting of member states in Geneva, representatives from several countries stressed the continued need to solve the mystery of how Covid-19 first began spreading among humans.

“We underscore the importance of a robust comprehensive and expert-led inquiry into the origins of Covid-19,” US representative Jeremy Konyndyk told the meeting on Tuesday.

Australia, Japan and Portugal were among other countries to call for more progress on the investigation, while the British representative urged for any probe to be “timely, expert-driven and grounded in robust science”.

Determining how the virus that causes Covid-19 began spreading is seen as vital to preventing future outbreaks.

But a long-delayed report by the team of international experts sent to Wuhan and their Chinese counterparts drew no firm conclusions as to the origins of the pandemic. Instead, they ranked a number of hypotheses according to how likely they believed they were.

The report said the virus jumping from bats to humans via an intermediate animal was the most probable scenario, while it said a theory involving the virus leaking from a laboratory was “extremely unlikely”.

After the report was released, however, WHO chief Tedros Adhanom Ghebreyesus insisted all theories remained on the table.

The investigation and report have also faced criticism for lacking transparency and access, and for not evaluating the lab-leak theory more deeply. There had been calls for the WHA, which has the power to redefine the focus of the investigation, to decide the next stages in the probe.

One concern is the investigation’s terms of reference negotiated with Beijing at last May’s WHA, which stated the task was to identify the “zoonotic” – or animal – source of the virus.

US health secretary, Xavier Becerra, backed the call for new terms of reference.

“Phase 2 of the Covid origins study must be launched with terms of reference that are transparent, science-based, and give international experts the independence to fully assess the source of the virus and the early days of the outbreak,” he told the assembly.

But amid diplomatic sensitivities there are no resolutions on the way forward on the agenda.

“The purpose of the inquiry is not to assign blame, but to be grounded in science, to find the origin of the virus and the outbreaks, and to help us all prevent future global catastrophes from happening,” Konyndyk said.