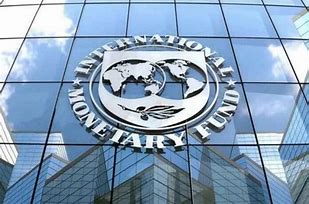 A recent report by the International Monetary Fund (IMF) has shown that Nigerian banks closed 234 branches and 649 Automated Teller Machines (ATMs) in 2020 leading to a decline in the country’s Financial Access Score (FAS) to 4.44 last year against 4.78 in 2019.

For sure, the pursuit of ‘financial inclusion’ or “access to banking and financial services” is a germane global policy; but the IMF indicators are rather archaic and otiose. In a world of fast-paced digitisation of financial services, further fast-tracked by the COVID-19 pandemic, applying number of (physical) bank branches as indicator of progress (or otherwise) is purely anachronistic. IMF says Nigeria experienced reductions in these two crucial FAS indicators, and so went further to highlight and ‘justify’ how the country has not fared well on a particular SDG target.

But, in point of fact, Nigerian banks made quantum leaps in such performance indices as number of bank customers, volume and value of transactions in the past couple of years covered by the IMF survey. Like in many climes, one of the crucial ‘gains’ from the COVID-19 outbreak was the massive embrace of e-Payment platforms, and digital transformation in Nigeria. Data from the National Bureau of Statistics (NBS) and the Nigeria Interbank Settlement System (NIBBS) Plc amply portray this trend.

NIBSS’ data show that value of Nigeria’s e-payment (all channels: ATMs, POS, Mobile, Web, NIP and e-Bills) transactions increased by over 85 per cent, from August 2020 to August 2021, to hit N172 trillion. Between January and August 2020, the figure rose by N93 trillion. It should be noted that these sharp increases commenced effectively in the second quarter 2020—ironically during the ‘lockdown’ of parts of the economy owing to the ravaging pandemic. And this trend has been sustained.

This scenario is not isolated for Nigeria; indeed, it is about the same across the globe. Naturally, as more people embraced the e-payment platform for their banking transactions, (physical) bank branches were practically deserted and abandoned. In truth, many banks in Nigeria had, before the onset of the Coronavirus pandemic, built a number of branches in various locations across the country. Today, many of these ‘new’ branches are yet under lock and key; indeed, lying fallow. Also, some banks are known to have shutdown many ‘loss making’ branches as part of their cost optimisation strategy in the face of emerging challenges in the local and global economy.

Some comparative analyses will bear out the above scenario. In the United Kingdom (UK), for instance, the number of ATMs peaked in 2015 at 70, 588, according to a study by the House of Commons’ Library (dated October 12, 2021). The report is titled: “Statistics on Access to Cash, Bank Branches and ATMs”. From that peak, it “has fallen each year since then to the July 2021 total of 52, 951,” says the report written by Lorna Booth. Going further, “between July 2018 and July 2021, the number of ATMs in the UK fell 12,986 or twenty per cent. There was a fall in the number of ATMs in all regions and countries of the UK,” the report asserted. The largest fall was in London (-23 per cent); and the least fall was in Northern Ireland (-15 per cent).

The Federal Deposit Insurance Corporation (FDIC) is one of two agencies that provide deposit insurance to depositors in American depository institutions; the other being the National Credit Union Administration, which regulates and insures credit unions.

In these two advanced economies (UK and USA), the number of bank branches and ATMs have been dropping. It is not obvious why the IMF survey did not showcase this trend in these leading economies, but chose to highlight Nigeria and others dropping on its so called Financial Access Score (FAS). Truly, the drop in number of bank branches and ATMs in Nigeria is strictly indicative of progress in ‘cashless economy’ and financial inclusion efforts. It rather attests to a record of achievement of the Central Bank of Nigeria (CBN’s) policies aimed at entrenching e-banking or digitisation, which is indeed the trend, across the globe.

It should be pointed out that even the massive use of ATMs is a counterpoise to the effective pursuit of ‘cashless economy’—as most Nigerians use the ATMs to spew cash for all manner of transactions. But not-withstanding whatever the IMF claims to be the intendments of its surveys, massive embrace of ATMs and ‘mushrooming’ of bank branches is retrogressive and antiquated. In line with what banking should be in the ‘New Normal,’ yours sincerely had, in a recent Webinar as a guest speaker, articulated the way forward in a presentation: “Developing Effective Strategies for Managing Financial Institutions in Post-COVID-19 pandemic era.”

During this webinar organised by the Chartered Institute of Bankers of Nigeria (CIBN) Lagos Branch, which recorded good patronage, I posited that gone were the days of massive branch network, imposing head office and branch buildings and large fleet of marketing cars as indices for size and ranking in the banking world. Who needs more bank branches, when a bank customer can open a bank account (while living) in Lagos and operate it from anywhere else in Nigeria; or even from outside of the country? Who needs imposing buildings and massive office spaces when many staff are being required to work from their homes (‘remote working’), and bank customers would rather consummate their transactions from the comfort of their bedrooms? Has branchless banking not become a reality? Truly, crowded bank offices and/or banking halls now belong to the very ugly past of ‘brick and mortar’ banking era.

Overall, rather than being driven by the hackneyed FAS of the IMF and its ilk, banks in Nigeria should build what Bill Gates (in his book: ‘Business at the Speed of Thought’) calls “Digital Nervous System” and connect every activity to it. This way, they will ensure consistent efficiency and exceptional service delivery underpinned by sustainability tenets. Not focus on ‘primitive’ branch expansion feint!
Marcel Okeke, an economist, wrote from Lagos.

Between IPOB And The Igbo Nation