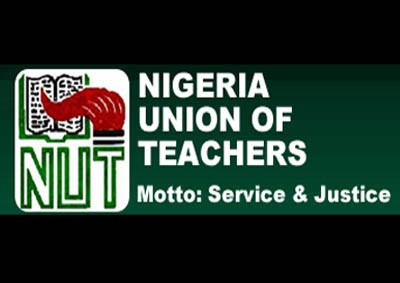 THE Nigeria Union of Teachers, NUT, weekend, said it has lost about 800 teachers to insecurity in the Northeastern part of the country.

The NUT also said it would withdraw its members and children from schools that do not have adequate security.

National President of the union, Dr. Nasir Idris, who disclosed this while fielding questions from journalists in Abuja, lamented that teachers were being kidnapped alongside their students in Northwest.

He said  when kidnappers come to take the students, some teachers would insist that they would not abandon their students and even accept to go with them if they would be taken away.

He stated further that secondary school and primary school teachers were leaving the profession for other jobs’; because the government at all levels teaching has been made unattractive.

On security, he said, “We have been making our case before the federal government because we said the way things are going, if this thing is not addressed before you close your eyes and open them, you may notice  that there schools will be non-existent  in so many places in this country.

“We appeal to the federal government to help provide security in our schools, and at the same time, ensure that not only is security provided security but also enough security to man those schools where we have problems.

“If you look at it, you will see that it’s not all the places we have problems. The problem is in some places, some local governments, and some parts of the states where we have this issue of banditry and Boko Haram.

“We have lost a lot of members as far as this issue is concerned. So we said the government, as a matter of urgency, should provide security to those places.

“Any place we see that the federal government does not provide enough security to mount those posts, we can’t just put our children and teachers in trouble.

“So that’s why we say that if security is not being provided, we will ask teachers in those  areas to withdraw their services. We have made this point clear to the federal government.”

Asked of the number of teachers the union lost as a result of insecurity, the NUT boss said:  “Well, I can say we have lost almost 800 teachers in the North East.

“They said if you are going to take our children, carry us all. together because we can’t just leave our students to be with you.”

“From the new salary structure for Nigerian teachers, the approval by Mr. President is to commence by January 2022, so there is an effort between the Nigerian Union of Teachers, NUT, and the Federal Ministry of Education and other principal stakeholders to ensure that the implementation takes place by 2022.”

On the retirement age for teachers, he said:  “Then on the issue of 65 years and 40 years of service, we are on the issue because the President has sent the bill to the National Assembly and then, we are working with them, they have read it on the floor of the House of Reps, and Senate and they are waiting now for the second reading so that they will pass it and send it to the President for assent.

“Like all of you know the federal government has seen reason canvassed by Nigerian Union Of Teachers’ leadership that the Polytechnics, the Colleges of Education and Universities are enjoying this gesture and the primary and post-primary schools teachers in Nigeria are not enjoying it.

“When we paid him the president a courtesy visit, we asked him to see reason on that matter.

“So the primary and secondary school teachers will also enjoy that gesture, we are just waiting and working assiduously to ensure that that bill is passed by the National Assembly, so they will start enjoying the gesture also.”

On why governments at all levels have not made primary and post-primary education top priority, unlike what is obtained in other countries, he then said the lackadaisical attitude of governments in  education was the main problem affecting the sector.

US’ BW3, China’s BRT And Struggle For Influence In Nigeria