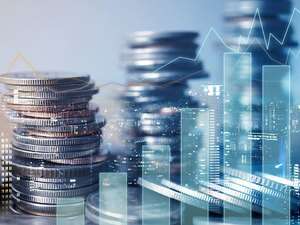 Nigeria’s economy could be leaning against the wind as the country’s external reserves fell to a 13-month low last week, tumbling quickly to $30 billion, the level it was between 2015 and 2017.

On a global scale, Nigeria currently ranks 53rd as the country has dropped further down Morocco and Kazakhstan, whose reserves were previously below Africa’s biggest economy.

Last Thursday, the figure slid to $33.79 billion, as it dropped by $30 million. This represented a 0.09% decline compared to $33.824 billion recorded on Wednesday, June 16. A total of $1.58 billion has been lost in reserves year-to-date, while month-to-date loss stands at $405.33 million, hardly reflecting the marginal gains in rising oil prices in recent months.

The reserves fell by $222.3 million between May 31 and June 10 to $34.0 billion, according to figures published by the Central Bank of Nigeria. The last time it fell below that mark was between June and July of 2017.

The country’s forex reserves continues to trend downwards despite the positive rally recorded in the global crude oil market, with Brent crude currently trading at $73.5 per barrel. It has sustained a steady troubling decline in the past two months after a short-lived upswing that took it to $35 billion.The foreign reserves lost $120.18 million last Tuesday, the highest single-day loss recorded since February 22, 2021.

This is largely attributed to the decline in crude oil sales, due to the effect of the COVID-19 pandemic on the buying capacity of India, which is one of the world’s largest importers of oil.However, reports suggest that India’s oil imports are beginning to pick up after months of lessened activities due to the pandemic’s effect on its economy. This also comes as good news to Nigeria as India remains one of the highest importers of Nigeria’s crude oil.The falling reserves, experts have warned, could leave the country’s embattled economic outlook worse off as the confidence of foreign investors is partly influenced by the size of the reserve. At the height of the COVID-19 pandemic, the figure oscillated between $34 billion to $36 billion and even crossed $36.5 billion occasionally.Nigeria’s current reserve is among the poorest of the oil-producing countries.

For instance, it is less than 10 per cent of that of Saudi Arabia, world’s leading oil-producing nation, in nominal terms. The real disparity is even wider when the populations and import values of the two countries are compared.