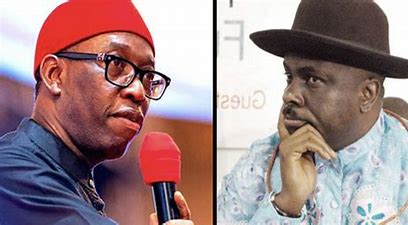 However, the state government said it had not received the money returned by the United Kingdom from the federal government.  Olisa Ifejika, on Wednesday countered this claim, insisting the oil-rich state is yet to receive the money.

“We appreciate the efforts of the Federal Government to return the recovered loot to Delta State where it rightly belongs. But the truth is that the money has not hit the Delta State government’s account.

“We saw it yesterday like every other Nigerian when the Accountant General of the Federation Ahmed Idris while appearing before the House of Reps committee on recovered loot made that statement and there was this avalanche of enquires to know whether that money has come to us and the truth is that the money has not come.

“We are happy that they have shown willingness to return send the money and we know that very soon, the money will come,” Ifejika said while addressing journalists at the Government House in Asaba, the state capital.

He assured that the Delta State government will ensure that the funds are judiciously utilised to improve infrastructure across the state, once received.

The loot – £4.2 million – was seized from the associates of convicted former Governor of Delta State, Ibori by the United Kingdom and recently returned to Nigeria.

$20 trillion lawsuit against China! US group says coronavirus is bioweapon