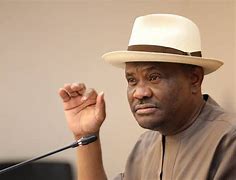 The Rivers State Governor, Nyesom Wike, says he never promised to solve all the socio-economic and infrastructural problems of the State during his tenure.

He said it is preposterous for the opposition to continue to live in denial of his sterling performance as governor, just because he has not addressed all the needs of the State.

Governor Wike made this assertion during the inauguration of the ultramodern National Union of Rivers State Students national secretariat built by his administration at the Rivers State University on Monday night.

Wike’s remarks were contained in a statement by his Special Assistant on Media, Kelvin Ebiri titled ‘I never promised to solve all the problems of Rivers State—Gov’ and made available to newsmen in Port Harcourt.

The governor maintained that irrespective of the country’s current economic challenges, the state government has made tremendous progress in tackling some of the infrastructural deficit it inherited.

To this end, he said it was preposterous for the opposition not to acknowledge that he never promised to fix all the problems of the state during his tenure.

“I said in Omuma, we did so-so number kilometers of road. What you should bother yourself with is to go and check.

“On Saturday, we were in Opobo. The issue is, is there road to Opobo?”

The governor urged the leadership of NURSS to resist being used by disgruntled politicians to cause friction between them and State government, saying it is was unethical for them to allow politicians to instigate them against the State.

“Sometimes, most of you leave what you’re supposed to do and concern yourself with irrelevant things, and allow politicians to use you to come and block Government House,” he added.