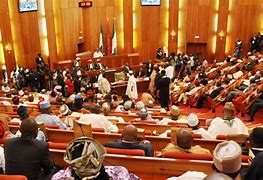 The Senator representing Ikot Ekpene senatorial district of Akwa Ibom State, Christopher Ekpenyong, has expressed support for agitations for a President of South Kawa extraction in 2023.

Ekpenyong said this while speaking with newsmen in Uyo on Wednesday.

He said, “I am fully in support of the South-South presidency in 2023. I want to urge the geo-political zone to come out to contest for the highest position in 2023. We must be ready to present a candidate. I may be one of those that will seek the position.

“If my party, the People’s Democratic Party, decides to throw it open I declare my intention. I will not recontest for the Senate in 2023, but I may be seeking the highest office. We (South-South) have always been cheated in the past.

“You can remember when Goodluck Jonathan was to return to office in 2015 but the north said no. There was a serious gang up against the South-South.

“This time things will be different, we must present a candidate, but that will depend on whether the party will zone the ticket or leave it open.”