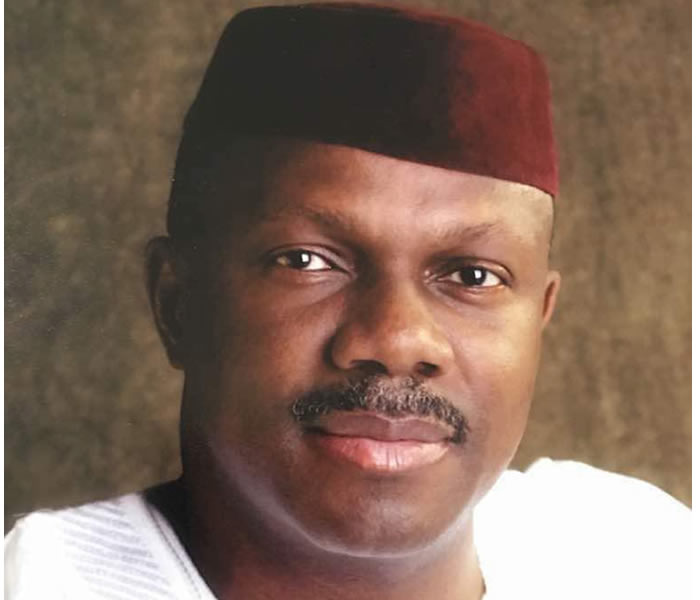 BY: Sonny Iroche
March 03, 2020
One of Nigeria’s admirable diplomats and leaders, the late Maitama Sule, is one leader that I and a lot of Nigerians have great respect for. However, with
due and great respect for this great leader, I do not really acquiesce to this argument of his, inferring that there seems to be an international conspiracy to hold Nigeria socially and economically down, which has also been widely canvassed in some quarters and conversations.
As we, Nigerian leaders and followers, are the architects and reason of our own undeserved underdevelopment. Some self-assessment, introspection and key questions to ask are as follows:
Did the foreign powers singlehandedly loot our states and national treasury?
For instance, in my state, Abia, where former governors are serving 12-year jail terms and accused of looting about $1.5 billion from the poor state’s treasury.
Was it the foreign powers that raped the state and other states which were,
and are still being plundered by governors and other political office holders?
Which foreign power used over N200 million meant for internally displaced Nigerians to cut grass?
For us in the power sector, where some of us have operated as Executives, can we identify the foreign powers that contracted the rogue Manitoba Hydro International (MHI) for millions of dollars to manage or mismanage the Transmission Company of Nigeria (TCN)?
Wasn’t it the Nigerian government and some Nigerian internal TCN collaborators that aided and fostered their cluelessness and continued mismanagement? We witnessed their mismanagement and some of us personally fought them (the records are there).
Which foreign governments support the placement of mediocrity at the expense of meritocracy in our elections and appointments into Federal institutions in the country?
Which foreign governments advised our leaders in all tiers of government to have several special advisers and assistants and a bloated government with 70% recurrent budgets and 30% capital budgets? Which foreign governments ran down our infrastructure, education, agriculture,health system, value system etc? Which foreign governments imbued in us that prayers alone, without hardwork, patriotism, dedication and love for country, will make us prosper? Which foreign country makes a Federal lawmaker boastfully flaunt his breeding of “27 children and still counting” without thought of the economic repercussions of population impact on our socio-cultural development?
The list of evil, thoughtlessness and misdemeanors that we as Nigerians have wrought upon ourselves is legion and not to be blamed on any external detractors.
Have we ever paused to ponder why these same powers we often accuse of stunting and working against our growth as a country didn’t do same to nations like Singapore, India, Malaysia, United Arab Emirates (UAE) and, coming home to Africa, Rwanda and recently the rising profile of Ghana?

Have we ever paused to ask ourselves what the leaders of these great nations, who have extricated themselves from the shackles and the blame game of colonial masters, have in common? The answer is simple: Character, Competence and Courage.
These leadership qualities have been lacking in most of Nigeria’s political leaders The fault and blame are entirely ours – you and me – and no one else’s. Let us take a look at ourselves in the mirror and talk to the man in the mirror. All of us.
The problem with Nigeria lies squarely on the failure of the leadership and the followers.
Let me conclude with a quotation from the Bible, which may have its equivalent in the Koran (please our Muslim brothers may help out here)
“Who is powerful enough to enter the house of a strong man and plunder his goods? Only someone even stronger—someone who could tie him up and then plunder his house.” Mark 3:27
As we believe that All men are created equal. And civilization started from

Africa – Mesopotamia and Euphrates. The records are there for all to see.
May God bless Nigeria with good leaders.