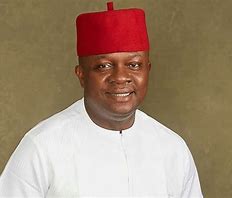 Valentine Ozigbo, the Peoples Democratic Party (PDP) governorship flag-bearer in the Anambra November election, on Monday, July 26, 2021, expressed his confidence that he would surmount all challenges and win the upcoming poll.

Mr Ozigbo made this declaration while addressing the PDP Governors Forum at a meeting held at the Government House in Bauchi, the capital of Bauchi State.

All the main opposition party’s governors were in a meeting hosted by Governor Bala Mohammed in the northwestern state. They unanimously offered to support Ozigbo “in every way” to ensure the party harmonises and clinches victory come November.

Ozigbo, in his address to the governors, expressed confidence in his candidacy and the PDP as a party to win the Anambra governorship election. He called for consolidation on the progress the party has made in holding transparent primaries.

According to the respected business leader, the primary held on June 26, 2021, conducted by the National Working Committee (NWC) of the party, is “the most free, fair, and transparent primary in the party’s history”. He commended Prince Uche Secondus, the National Chairman of the PDP, for his leadership and contribution to the development of the party.

“When I decided to leave the corporate world and begin a new chapter of my life in politics, I choose PDP for the many positive things about our party,” Ozigbo said.

“I am a firm believer in party unity and team spirit. PDP has what it takes to win the Presidency and many more states in 2023, but we must stick together on a common purpose,” he added as he called for unity in the PDP.

Ozigbo described many of the court cases trailing the Anambra State chapter of the PDP as frivolous and informed the governors that efforts were being made to resolve the disputes within the party. To this end, he revealed that a meeting of crucial PDP stakeholders would be held later in the week.

He expressed confidence that the litigation that has delayed publishing his name by the Independent National Electoral Commission (INEC) would be resolved “soon enough” to make way for the PDP to launch a never-before-seen campaign that would usher the party to victory.

“What we offer to Ndi Anambra is the promise of transformational leadership that will fix what’s broken in the government, build new social services that work, and deliver quality governance to the people,” Ozigbo told the governors.

“Our Ka Anambra Chawapu idea has ignited a grassroots movement that has not been seen in Nigerian politics in quite some time, and I am confident that the people of Anambra will choose PDP when the election holds on November 6,” he added.